Assam Government tabled a bill in the legislative assembly to abolish all state-run Madrassas by converting them into general schools from April 1, 2021. 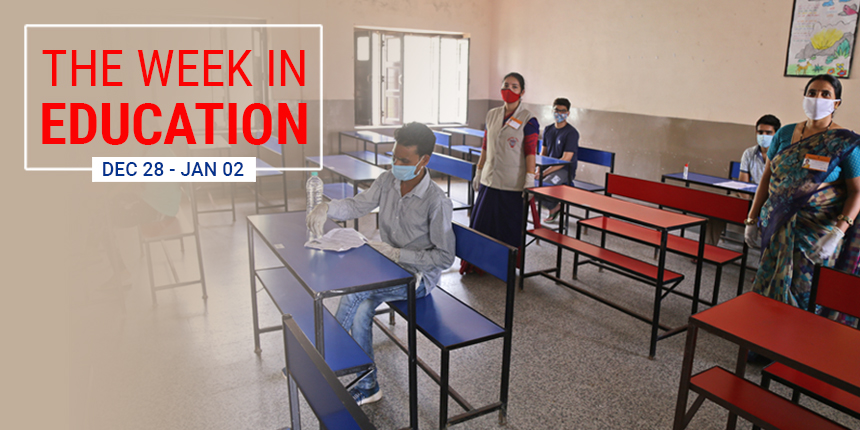 NEW DELHI: On the new years’ eve, Union Education Minister Ramesh Pokhriyal ‘Nishank’ announced the dates for Central Board of Secondary Education (CBSE) Class 10 and Class 12 board examinations 2021. The examinations which begin every year in February and March have been postponed to May this year due to COVID-19 pandemic.

This week the central government also constituted a committee to look into the modalities of introducing a common entrance test for all central universities in the country. Meanwhile, Odisha also came up with a provision for reservation for government school students in engineering and medical colleges in the state.

These were the important developments of the last week of the year 2020.

The Education Minister, Ramesh Pokhriyal, announced the CBSE Class 10, 12 board exam 2021 dates. This year, the theory exams for Class 10 and 12 will commence from May 4 and the board will try to complete these exams by June 10. Practical exams for both classes will start from March 1, 2021. The minister took to Twitter to announce that he will be declaring the exam date on December 31.

Earlier, during his interaction with teachers during a webinar on December 22, Pokhriyal had announced that the examinations will not be held in February.

The central government has constituted a panel to recommend the modalities and implementation of a common aptitude test for admissions to undergraduate level programmes in central universities, including Delhi University, Banaras Hindu University and Jawaharlal Nehru University. The decision has been taken based on recommendations in the new National Education Policy (NEP) 2020, which proposed a common entrance test for higher educational institutes.

The seven-member committee, headed by the Vice-Chancellor of the Central University of Punjab, RP Tiwari, will explore the possibilities of holding a single entrance test from the upcoming session and will put up its recommendations within a month.

The minister inspected arrangements in classrooms and spoke to the headmasters, principals, lecturers and teachers, instructing them to take precautions to prevent the spread of the virus once the classes resume. He also advised the staff to sensitise the students about the significance of passing the Secondary School Leaving Certificate (SSLC) and secondary pre-university course (PUC) classes with high marks.

The Odisha Government this week decided to make a provision for reservation in engineering and medical colleges for students passing out from state-run schools. The details will be kept in the public domain for transparency, state parliamentary affairs minister A K Arukha said. The proposals were approved by the cabinet during a meeting virtually chaired by Chief Minister Naveen Patnaik.

Karnataka state health and medical education minister K Sudhakar has stressed on the need for more medical colleges to meet the demand for doctors and informed that the government is willing to establish more in Public-Private Partnership (PPP). Speaking to reporters after the inauguration of a new building of Shri Atal Bihari Vajpayee Institute of Medical Sciences and Research Centre by Chief Minister B S Yediyurappa, he said establishing a medical college requires Rs 600-700 crore.

The Assam Government this week tabled a bill in the legislative assembly to abolish all state-run Madrassas by converting them into general schools from April 1 next year. Education minister Himanta Biswa Sarma introduced - The Assam Repealing Bill, 2020 on the first day of the three-day winter session.

The Assam cabinet had on December 13 approved a proposal to close down all Madrassas and Sanskrit schools, however, the legislation brought in the assembly during the day did not contain anything related to the Sanskrit tols.

Dry rations to students for six months in Delhi

Delhi Government has announced that it will provide school students dry rations under the mid-day meal scheme for six months. The move comes in view of the continued closure of schools since March due to the COVID-19 pandemic. Moreover, the Delhi government has announced that schools will not reopen in the national capital till a vaccine for the coronavirus is available.