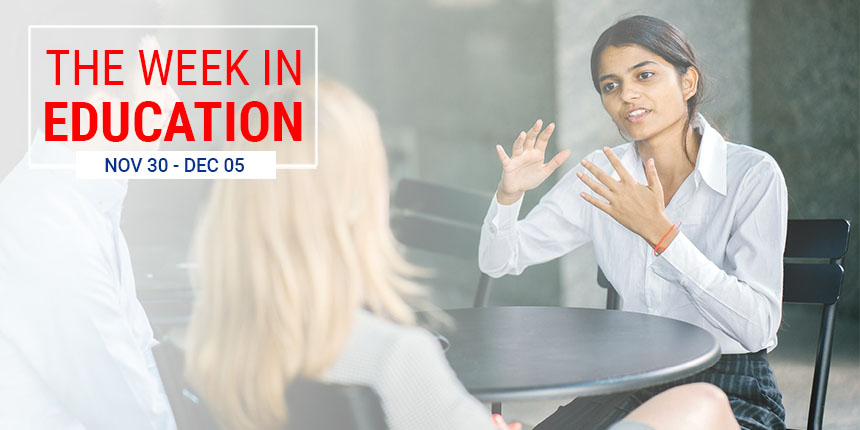 NEW DELHI: The Global Teacher Prize 2020 came to an Indian teacher who promotes girls’ education. That was the highlight in a week that was less grim than usual for education.

Despite COVID-19, placement drives at both the Indian Institute of Technology (IITs) and Indian Institutes of Management (IIMs) got off to a promising start. Fresh dates for next year’s board (CBSE) and entrance exams (JEE Main, NEET 2021) are expected within this month itself.

However, there is still deep uncertainty over the reopening of educational institutions with states adopting wildly different approaches. Some have shut all institutions till the end of the end; some are keeping them closed without announcing a deadline; some states have reopened certain types of colleges and for some classes.

These were the most important developments in education in the past week.

A primary school teacher from Solapur, Maharashtra, won the Global Teacher Prize 2020 awarded by the Varkey Foundation. Ranjitsinh Disale also gets the 1 million USD that comes with the prize but has promised to share half of that with the other contenders for the prize to promote their work. He himself won for promoting girls’ education. 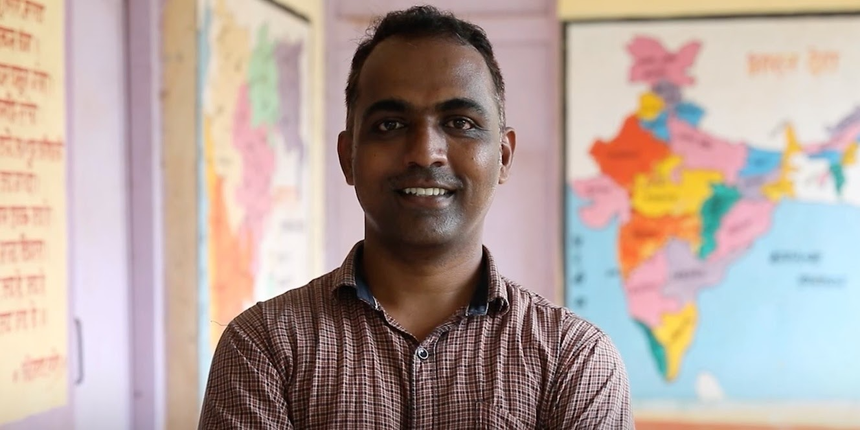 The placement season began at the most established IITs as per their usual schedule, on December 1. However, this time, the placement process was entirely virtual everywhere except at IIT-BHU.

Despite COVID-19, most IITs reported an increase in both the number of offers and highest salaries in the initial stages of the placement process. At IIT-BHU, 396 students received offers in the first phase; IIT Roorkee had 585 students landing offers; IIT Delhi had 500 offers including pre-placement ones; IIT Bombay had offers with pay-packages in the region of Rs 1.5 crore and IIT Kharagpur saw 130 offers on the first day and 276 pre-placement offers before that.

Indian Institute of Management (IIM) Ahmedabad completed the first and second ‘cluster’ of summer internship placements this week. In the first cluster, 50 firms made offers and the second cluster saw the participation of 40 firms. IIM Calcutta placed 100% candidates for summer internships, despite COVID-19.

The Common Aptitude Test (CAT) for admission to premier business schools, including the IIMs was held on Sunday, November 29. Over three shifts, or slots, the IIM CAT 2020 was judged to be moderate to difficult.

IIM Indore which conducted the exam said that attendance had been 83.5%. According to the exam information bulletin, the CAT 2020 result is expected around the second week of January, 2021.

The education minister, Ramesh Pokhriyal ‘Nishank’ announced he would hold an online interaction with students, parents and other stakeholders to discuss dates and syllabus for next year’s school board, JEE Main and NEET exams. The last two are conducted for engineering and medical college admissions respectively. That interaction is now scheduled for December 10.

Siddhant Batra from Agra, Uttar Pradesh, who had achieved an all-India rank of 270 in JEE Advanced 2020 for admission to the IITs, lost his chance at a seat in IIT Bombay because he exited the counselling process by mistake. Batra has now moved Supreme Court seeking another chance.

Jammu and Kashmir has closed all educational institutions till the end of the year. Tripura, revising its original decision to open from December, announced the schools and colleges are to remain closed. In Delhi, too, schools remain closed.

Medical and paramedical colleges reopened in Karnataka and Odisha on December 1.

Tamil Nadu will reopen colleges for final-year students from December 7 and classes for new entrants in colleges and universities will begin from February 2021.

CBSE exam 2021 and other boards

Officials at the Central Board of Secondary Education (CBSE) clarified that board exams will be held in written mode only – not online as was rumoured – and in case holding practical exams remains a challenge, alternatives will be devised. The CBSE exam 2021 dates are yet to be finalized.

The Council for the Indian School Certificate Examinations (CISCE) has requested state chief ministers to allow the partial reopening of schools from January 4. The board has also sought dates from the Election Commission to draw up its schedules for Class 10 ICSE exam 2021 and Class 12 ISC exam 2021.

A few days after announcing that technical education, especially engineering, will be offered in the ‘mother tongue’ from next year, education minister Ramesh Pokhriyal ‘Nishank’ set up a task-force to devise ways of achieving this. The decision was taken at a meeting on the implementation of the National Education Policy 2020. A handful of IITs and National Institutes of Technology (NITs) have been picked to launch this.

Union Education Minister @DrRPNishank chaired a high-level meeting to discuss the implementation of #NEP2020 today. He asked to set up a task force for preparing a roadmap on imparting technical #education in Mother Tongue. pic.twitter.com/rhWmXFDEHV

Mumbai University launched its first online programme in Marathi and Hindi. Delhi University (DU) told the Delhi High Court that results of exams conducted for ‘regular’ undergraduate and postgraduate courses have been declared. However, the DU results have not been without problems. Then, Guru Gobind Singh Indraprastha University (IP University) has launched a new postgraduate programme on fire safety.

The University Grants Commission (UGC) extended the timeline for submitting MPhil and PhD dissertations and theses to June 2021. The UGC has also extended the last date of admission to open and distance learning (ODL) and online programmes by a month, till December 31 this year.