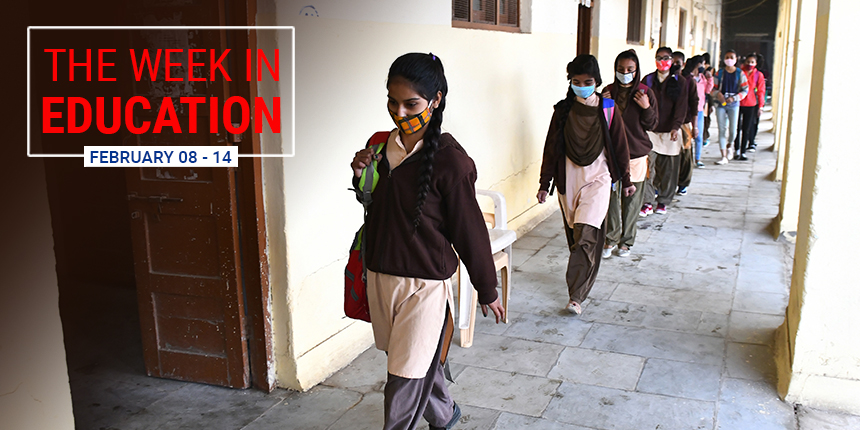 The central government said that no decision has been taken regarding the exemption of the Indian Institute of Technologies (IITs) from the reservation as proposed by a panel. Prime minister Narendra Modi will hold ‘pariksha pe charcha 2021’ as state governments in Haryana, Uttarakhand and Jammu and Kashmir prepare for annual exams.

Meanwhile, the Supreme Court directed the Centre to fill vacant seats in the first year BDS for the academic year 2020-2021 with the candidates who have participated in the NEET (UG) 2020 courses for the current year, after lowering the minimum mark by 10 percentile. This has meant another 1.3 lakh candidates qualifying.

The Graduate Management Admission Test (GMAT), accepted as an admission criterion by over 2,300 business schools across the globe, will now include an analytical writing assessment (AWA) section which was earlier omitted from the online exam.

The National Testing Agency (NTA) issued the JEE Main 2021 admit card for the first of four attempts, scheduled for February 26. Once again, the JEE Main admit card includes an “undertaking” that candidates need to sign to show they are COVID-19-free.

Delhi Directorate of Education (DoE) announced that the process for nursery admission 2020-21 in over 1700 schools in Delhi will begin from February 18.

The Supreme Court on Wednesday stayed the Delhi High Court verdict which directed private unaided and government schools to provide gadgets and internet packages to students from economically weaker sections (EWS) or disadvantaged groups for online classes during the COVID-19 lockdown.

Prime minister Narendra Modi will hold a live interaction with students on exam stress and nervousness in the soon to be held ‘pariksha pe charcha’ as schools are gearing up to hold annual examinations in the coming months.

The Central Board of Secondary Education (CBSE) has directed schools to conduct practical exams between March 1 to June 11, 2021. The board had earlier released the exam date sheet on CBSE official website, cbse.nic.in.

The CBSE announced that school reopening for the new session 2021-22 can commence from April 1, 2021.

The West Bengal government reopened schools on Friday after a gap of 11 months for Classes 9 to12, with strict adherence to the COVID-19 protocol.

The Delhi government issued guidelines for an outreach program of School Management Committees and to have a mechanism to address their concerns and issues.

The Manipur government has collaborated with the Reserve Bank of India Imphal for introducing financial education workbooks in the Manipur school curriculum.

The Bar Council of India (BCI) told the Supreme Court that its 2020 rules which scrapped one-year LLM programme are proposed to be brought into force from the academic session 2022-2023.

New medical colleges in UP, Maharashtra

The Maharashtra cabinet approved a proposal to set up a 430-bed hospital and medical college in Nashik at a cost of Rs 627.62 crore.

The Bihar government is planning to have a university devoted exclusively to fine arts, including music, with the government giving in-principle approval for the Rs 300 crore project.

The Delhi High Court has sought responses from the Centre and the National Institute of Fashion Technology (NIFT) on an appeal against a single judge order. The order had dismissed the pleas of some students challenging the hike in fees by the institute during the COVID-19 pandemic.

The central government said that it has not taken any decision yet on a panel's recommendations that the Indian Institutes of Technology (IITs) should be exempted from reservations in faculty appointments. 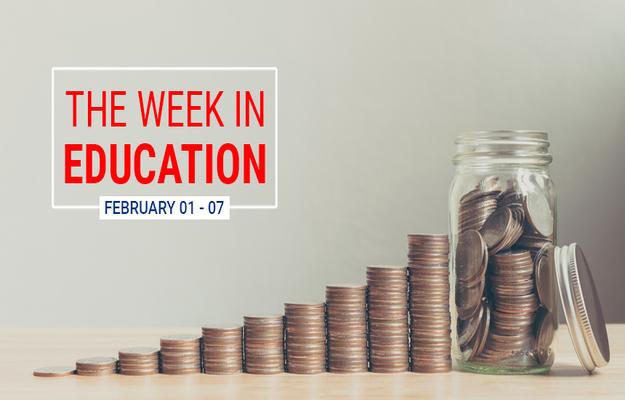