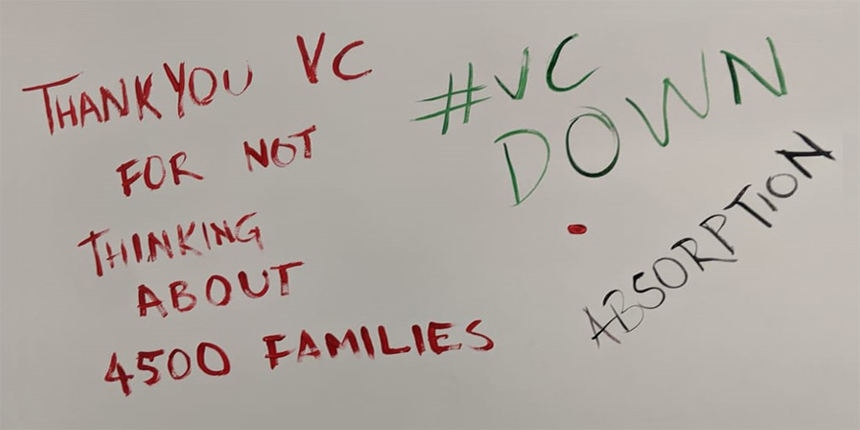 NEW DELHI: The Ministry of Human Resource Development had invited the Delhi University Teachers’ Association office bearers at 4 pm on Thursday “for talks” about the ongoing teachers’ strike, said an association member. He added that the Vice Chancellor, Yogesh Kumar Tyagi, had informed them of the invitation at noon.

The principals’ decision was taken citing the already-unpopular August 28 circular that directed colleges to appoint guest teachers instead of ad hoc teachers for “new vacancies” arising in the 2019-20 academic session. 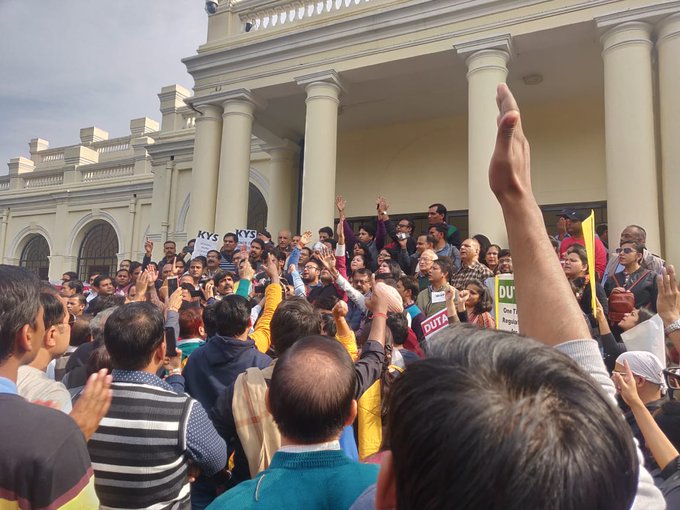 They broke into the premises of the Viceregal Lodge, which houses the offices of the DU Vice Chancellor and his team of registrars and deans, and surrounded the building. The administration and the officer-bearers of the DUTA held a six-hour meeting at night but failed to arrive at a solution.