Game Development Courses: The pandemic gave gaming a massive boost but lack of good teachers and training is a concern. 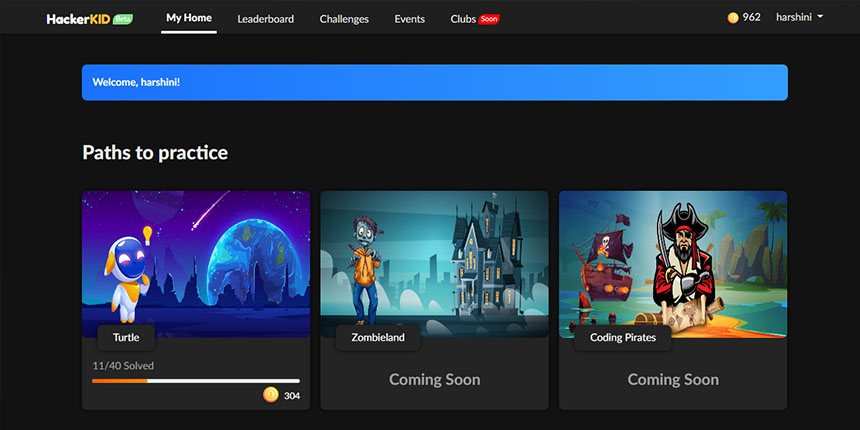 NEW DELHI: The pandemic has given a fillip to the animation and gaming industry. Its growth went hand-in-hand with lockdowns that saw a large number of youths confined to their homes and with a corresponding growth spurt in education technology, or edtech. However, it might be a while before there’s a domestic version of Minecraft or PubG.

By the middle of 2020, India had 400 million gamers, up from 250 million in 2019, according to KPMG research. Till now 556 million gamers have entered the market. As a country, India has the highest number of gamers after China. If you look at game development, the gaming industry is expected to grow 32 percent between 2019-24.

During the Union Budget 2022 speech in March, finance minister Nirmala Sitharaman acknowledged this growth of the gaming industry led by the pandemic and announced the setting up of a task force to recommend steps for the promotion of animation, visual effects, gaming and comics (AVGC) sector.

Although students and the academic community connected with this industry find it a welcome step, they say there is still a long way to go for the overall industry to grow. India has few institutions providing good quality game design courses and in consequence, few graduates enter the industry each year.

Aasif Anwar, graduated from the MDes course in toy and game design, National Institute of Design (NID) Gandhinagar in 2020 said the number of people going into the industry is very small. “Around 150 people go into the industry every year. It has a closed alumni network with high branding value which helps payout,” he said.

Even academics from design courses find lack of proper teachers in educational institutions and well-established companies enabling upskilling and growth, as factors hindering the overall growth of the industry.

Manoj Singh, CEO, RUBIKA India, a French institute of design management located in Pune, said that the current problem is the major lack of teachers with experience as it is an extremely niche industry. “It will take some time for the industry to set up. Educational institutions want more people with skills and it will take some time,” he said.

Similarly, Dilip Achtani, professor, School of Science Studies at CMR University, Bengaluru, Karnataka said that the biggest challenge is the lack of teachers. “The industry is growing at a massive rate. The available job market is so huge that people are jumping jobs and freshers are getting high salaries. But from an academic context, there aren’t many teachers in the gaming industry which have [the right] educational skill-sets. So, to solve this, we bring some industry experts to teach the students.”

The number of institutions teaching the appropriate skills is in short supply as well as it is a highly specialised field, and institutions have fewer enrollments. Anwar added: “There are very limited institutes. There is less awareness in the industry about game design courses. Further, there isn’t much coursework that people offer. People do short-term courses of one to
two-year diplomas.”

Singh noted that RUBIKA in its game design and development courses inculcates practical skills through live gaming projects. “It starts from the first year and carries on in the second year and in the third year you make more serious games. This is more project-based pedagogy because the gaming industry doesn’t need theoretical knowledge,” he added.

Similarly, NID Gandhinagar’s game design courses involve play experience, a physical product like a board game or product, urban design and experience and a bit of exposure to gaming design as well, informed Anwar. “The coursework is different, open-ended and is different from other masters courses. After two years of coursework, the last six months is for a live project wherein a student has to manage a project,” he added.

Further, everything now has a virtual element. Achtani added: “When we think about games, we see only one aspect, that is, gaming. However, there are other avenues apart from gaming which use technology similar to the one used to develop games like edtech companies. The CMR offers a game design and development programme in which we touch base on game engines along with industry giants like Maya, Silhouettes etc.”

Game design and development have found application in online education as well. “Content like Byju’s and other edtech, which utilise interactive content whose demand is increasing, will also be growing in the future. All we need is more professional people along with good educational institutions,” he added. 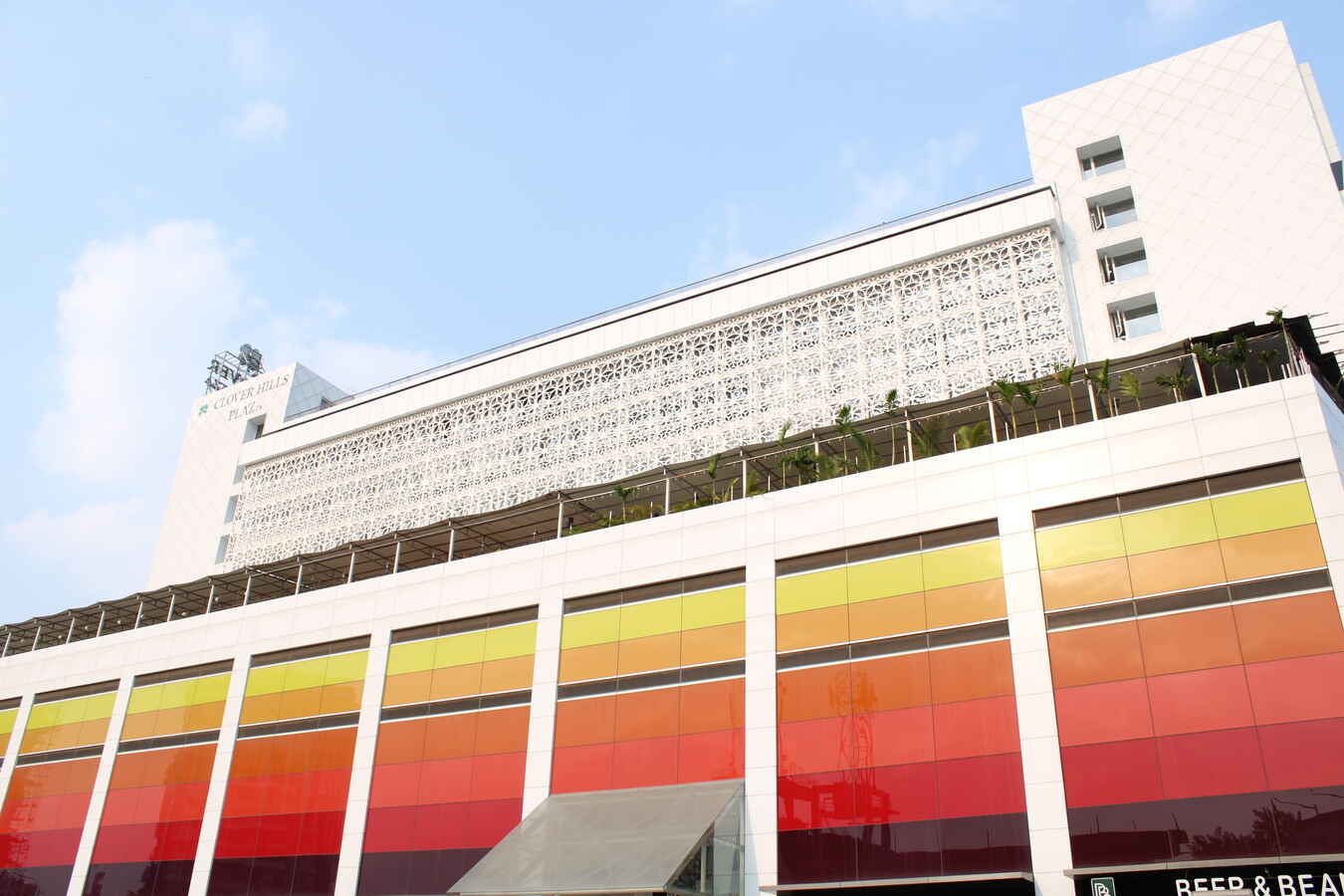 The gaming segment is also very fast-changing. “As gaming technology and development is constantly evolving, what is fresh today may not remain relevant tomorrow. Thus, gaming designers and developers need to stay on top of the trends and continue upskilling themselves and learn new technologies to stay relevant,” said Mohit Marwah, co-founder and co-CEO, AAFT Online, is another institute which provides professional courses in
game design.

Also, there is a lack of standardization among educational institutions and companies in the gaming industry. Anwar added: “I don’t find any alignment in game development that is more software specific. Different companies and institutions are working on different software programmes.” Singh believes the solution to this problem is that academic institutions must be given clear-cut guidelines so that all the institutions have a similar curriculum to follow.

“The decision between computer gaming, console gaming, mobile gaming, single-player games, multiplayer games, etc. can be daunting for someone who is just starting as a student. In such a case, gaming-focused edtech courses help students to understand their interests and expertise, helping them zero in on the best path forward,” explained Marwah.

Anwar finds that industry collaboration can also be a solution to this problem. “People go for upgrades and online certifications to upskill themselves as the company’s needs are constantly evolving,” he said. “NID and Indian Institute of Technology (IIT) Bombay’s design department have collaborated with other universities for certifications and for different courses to provide industry exposure to students,” he added.

Marwah believes that given India’s quick progress in the category, the AVGC task force announcement is a move in the right direction. “This will also give a well-deserved boost to the gaming education in India, which is currently being championed by edtech platforms specialising in unconventional courses,” he said. As the demand for professionals increases, so will the need for accelerated skill-development through online learning,” he added.

However, Anwar argued that on the government’s AVGC taskforce, there has been no clarity or way forward. “There has been no information on what is being done in this aspect which takes the industry nowhere,” he added.

While the education institutions are optimistic, Singh thinks the task force will pave the way for academic institutions to follow some guidelines and create some standardisation
as well. 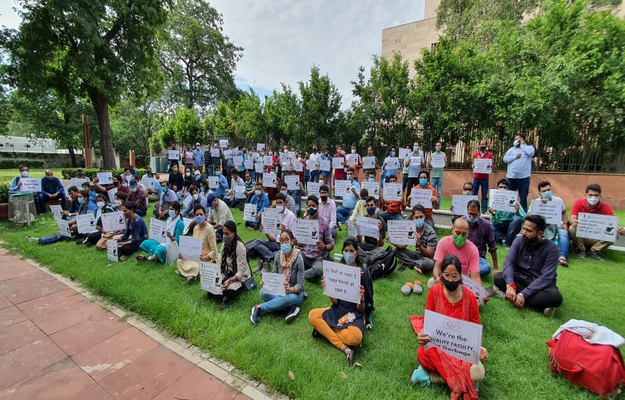