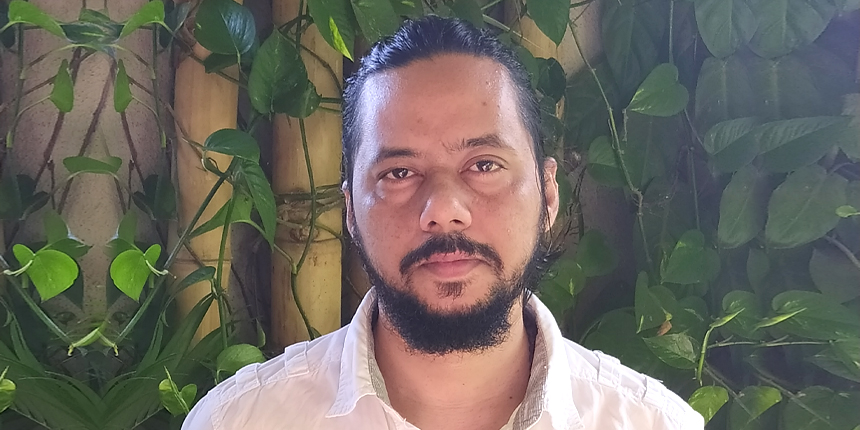 New Delhi: In 2020, a team led by Kanak Saha at the Inter-University Centre for Astronomy and Astrophysics, Pune, detected one of the earliest galaxies with extreme UV light -- a first in the field of astronomy. The AUDFs01 is 9.3 billion light-years away from Earth.

This year, he became one of 11 recipients of the Shanti Swaroop Bhatnagar Award 2021 in science and technology, conferred by the Council for Scientific and Industrial Research (CSIR) upon researchers below the age of 45. He spoke to Careers360.

Q. Which part of your work do you think led to the award?

A. I think the main reason was that along with my team members, I detected one of the earliest galaxies in extreme ultraviolet (UV) light. This is the first time that any galaxy has been detected using extreme UV light.

Extreme UV light has a wavelength below 91.2 nm, and this has become possible because of observations carried out using our satellite, AstroSat, launched by the Indian Space Research Organization (ISRO). Extreme UV photons can ionize hydrogen atoms and have significant implications for understanding how the first galaxies formed.

Q. How do you understand how galaxies are evolving from that?

A. We cannot do lab experiments for astronomy, for example, look at a given object in the sky at different angles. Our understanding of a galaxy in the sky is limited by the information that reaches us. For example, we can only observe the light a galaxy emits and nothing else.

Only by analyzing the light and using the knowledge of physics can we extract the state of a galaxy. But our understanding remains incomplete as the state of the galaxy might be changing in time. Many of these kinds of questions do not address our curiosity from the limited information that we get from the sky through telescopes. That's when we need computer simulations.

We know a typical galaxy like our Milky Way is made up of 100 billion stars, and each of these stars goes around the centre of the galaxy. We can represent each of these stars as a point in the phase space and build a galaxy model using fundamental physics in the computer. One can study such models to understand how they might be evolving.

Q. How did you get into this field?

I got into making small telescopes on my own in Class 8. When I completed school, I thought I would study physics and also thought that if I got the chance, I would go for astronomy. While pursuing a BSc in Scottish Church College, Kolkata, I started visiting a science club, the Breakthrough Science Society. There, I could participate in several field activities, including watching the solar eclipse of 1995 with others at Diamond Harbour.

I am the eldest of five siblings and our family is from Dinhata in the Cooch Behar district of West Bengal.

I was lucky to have Manatosh Chakraborty as my teacher at Dinhata High School and Abhijit da [ a senior] with whom I shared my interest in astronomy. They guided me to get associated with amateur astronomers in Kolkata later. I completed my graduation in 1998. I earned a master's in physics in 2001 from Banaras Hindu University (BHU) and had to decide on whether I wanted to pursue astronomy or something else because by then, I had developed an interest in biophysics as well. I finally chose astronomy and astrophysics and enrolled in a PhD programme at the Indian Institute of Science (IISc Bengaluru) in 2001.

IISc is such a prominent institute I had the best time there. I picked the dynamics of galaxies as my PhD topic. It took longer than I expected to finish my thesis and I submitted it in December 2007. In the last year of my PhD, 2006—07, I got a fellowship from Space Telescope Science Institute, Baltimore, USA. That was an excellent experience for me to meet many well-known astronomers. I came back and completed my PhD and went to the Institute of Astronomy and Astrophysics, Academia Sinica, in Taiwan in 2008 for postdoctoral studies.

I did not stay there for long. I went to Germany on a Humboldt Fellowship at the Max Planck Institute for Extraterrestrial Physics in Garching, where I spent about two and half years and from there, to Switzerland for a brief period. I joined IUCAA as an assistant professor in 2013.

Q. What are you working on now?

A. This is just the beginning for me. ISRO has given us a tremendous opportunity by building AstroSat, India's first space observatory, and making it available to use for observing. I am pushing myself to do something even more exciting with this telescope.

This is just the beginning and ISRO (Indian Science Research Organisation) has given us a very big opportunity. I am pushing myself to do even something more exciting. ISRO has built the telescope for us, the opportunity, one of the first results came out last year and I believe that in future there will be many more such things to come out which are in the pipeline now. We have the Astrosat as India’s first space observatory. We don't have anything else. In future, I want to see if more such opportunities can be built in and I want to be part of it. 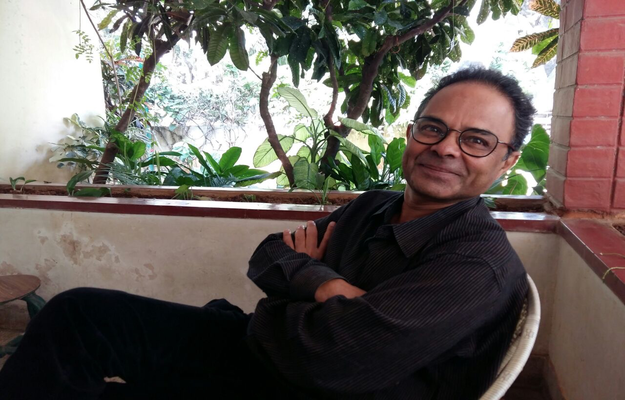 Your Inter-University Centre for Astronomy and Astrophysics, Pune brochure has been successfully mailed to your registered email id “”.