Union ministers Narendra Singh Tomar and Jyotiraditya Scindia handed over the appointment letters to 212 youths in Bhopal and 203 in Gwalior. 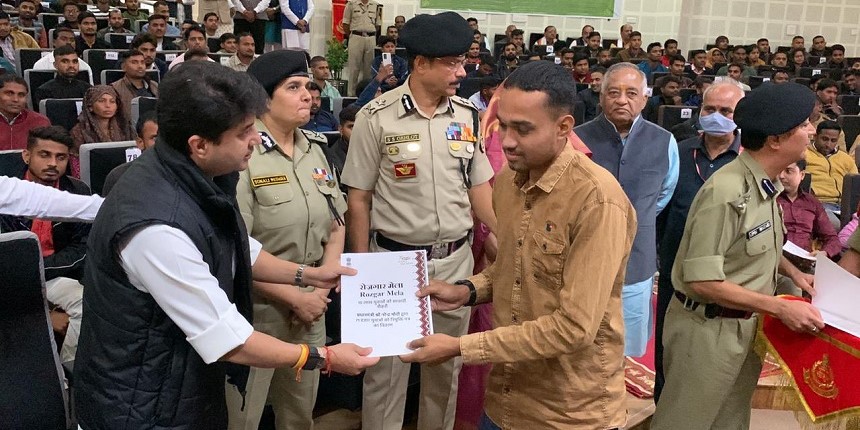 The job fairs were held at the Sashastra Seema Bal (SSB) Academy in Bhopal, where Tomar handed over the appointment letters to 212 youths who were recruited in various departments of the Union government. At the job fair organised at the Border Security Force (BSF) Academy in Gwalior, Scindia handed over the appointment letters to 203 youths including 50 who will join BSF and 97 who will join Railways.

As part of the employment fair, Prime Minister Narendra Modi on Tuesday distributed more than 71,000 appointment letters to recruits via video conferencing from New Delhi. Physical copies of appointment letters were handed over at 45 locations across the country.

Tomar said the process to recruit 75,000 youths every month in mission mode will continue throughout the year to meet the target of recruiting 10,00,000 people. “But we also have to understand that government jobs alone are not employment. This is not the solution in its entirety,” he said. Tomar said jobs are generated through many schemes in the country. "There are immense job opportunities for the youth in the schemes including 'Make in India', 'Skill India', 'Standup India' and 'Startup India'. Along with this, opportunities in the private sector are also increasing very fast," he said. He said 1.50 crore youths have been trained through the Pandit Deendayal Upadhyaya Grameen Kaushalya Yojana, out of which more than 80,00,000 are gainfully employed. 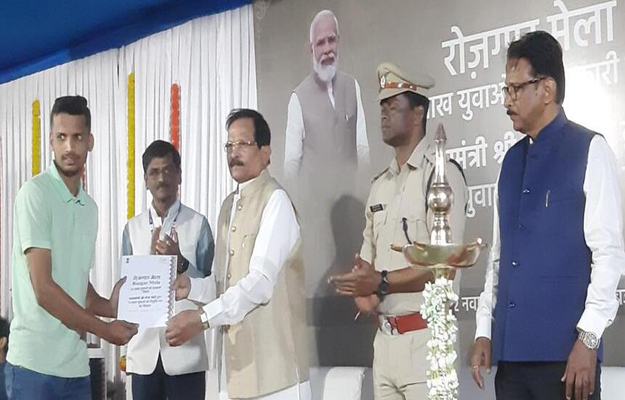