Maharashtra, West Bengal, Kerala, Odisha governments have moved to curb Governor’s powers over state universities and given themselves great control. 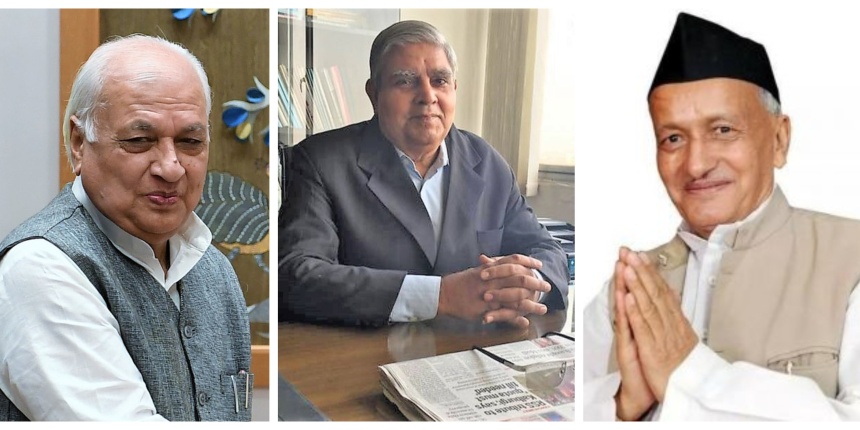 NEW DELHI: Last week, the Maharashtra State Cabinet passed a proposal to reduce the role of the Governor in the appointment of vice-chancellors in state-run universities. It created a new post of “Pro-Chancellor” for higher and technical education minister Uday Samant.

Maharashtra is only the latest of several states to enact laws or put in place policies to curb the Governors’ power in the administration of higher education in the states, and especially in the appointment of vice-chancellors. Just as the President is the Chancellor of all central universities, the Governor is the Chancellor of all state-run institutions in a state. The Governor is appointed by the central government, currently under BJP rule.

Before Maharashtra, the role of Governors in higher education led to conflict in West Bengal, Kerala and Odisha – all states where a non-BJP party is in power. The elected governments of all these states have taken steps to curb the Chancellors’ powers but in so doing, have arrogated to themselves a great deal of power and control as well.

Caught in the middle of what is essentially a political battle between the union government and opposition-party-led state governments are universities and their administrations. State universities have seen their overall autonomy — both academic and administrative — shrink due to the crossfire . Due to the tussle between Governor Jagdeep Dhankar and the Mamata Banerjee-led government in West Bengal, in June 2020, two pro-vice-chancellors were recruited simultaneously in the University of Burdwan, one by the governor and the other by the state government. Ultimately, the governor’s appointee was compelled to leave. In Kerala, Governor Arif Mohammad Khan has stated that he was forced to clear the reappointment of the Kannur University VC against his “better judgment”.

In 2020 , Maharashtra Higher and Technical Education department set up a 14 member committee headed by Sukhadeo Thorat to study the Maharashtra Public Universities Act (MPUA) and suggest amendment in the Act along with incorporation of National Education Policy. One of the suggestions the committee recommended was introducing the post of a Pro-Chancellor in the state universities. “Through this recommendation, we are trying to create a balance of power between the governor and the state government, unlike other states wherein the power of appointing the VC is solely with the state government,” said Thorat, also former chairman of the University Grants Commission. 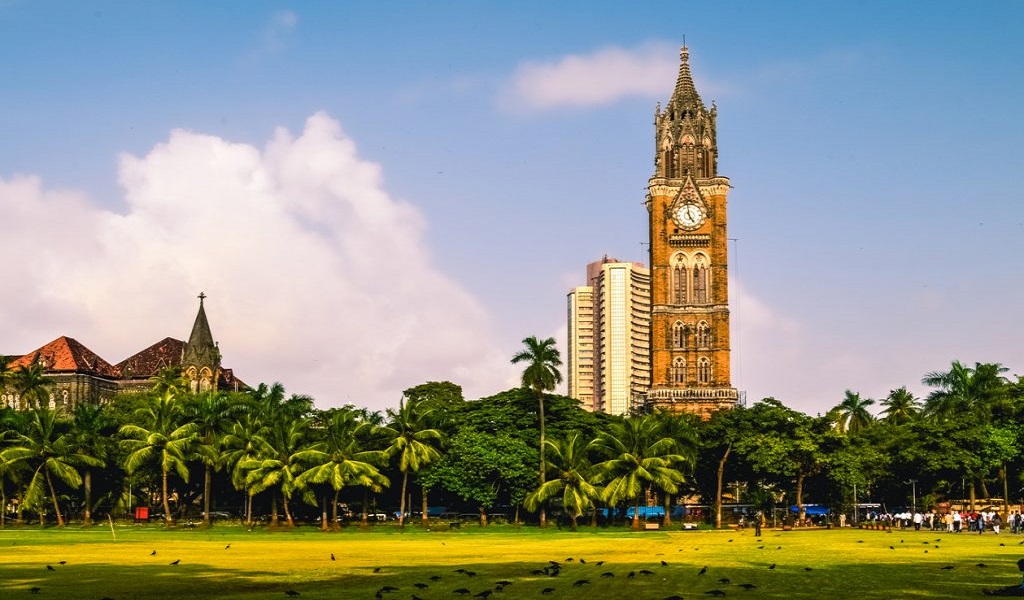 “The state government is the people's representative. But in Maharashtra, it has no say in the appointment of VCs in the state universities. Hence, through the recommendation of introducing the pro-chancellor’s position, we are giving some powers to the state. Earlier, the committee for appointing VCs had just one nominee which was the principal secretary of higher education and the overall decision was taken by the Governor,” added Thorat.

Since the Governor is expected to rise above politics, their involvement was seen as a safeguard against politicisation of university appointments.

But, as Thorat pointed out, a Governor is appointed by the central government and therefore, that post is already a political position and politics is already a part of the system. “But in this context [Maharashtra’s], there is no question of politicization but a matter of checks and balances which the state government has taken care of. After the introduction of the proposal, the main power will still lie with the Governor,” he said.

The proposal introduced by the Maharashtra Government is still pending approval of the State Assembly. If incorporated into state law, it will curb the role of the governor but at the same time erode the autonomy of the universities.

Subhash Athavale, general secretary, Mumbai University and College Teachers Association said: “If the proposal becomes a part of the State University Act, all other provisions will come into the Maharashtra Public University Act and Pro-Vice-Chancellors and deans, which was a non-permanent appointment, will be converted into permanent appointments.” As per the proposal, the appointment of the VC will be a prerogative of the state government. “The state government will give two names and one of them has to be given by the Chancellor. There is a possibility that the entire process may get shifted and politics will play an important role in the education system of the state,” says Athavale.

He agreed that “politics indirectly plays a role” but maintained that if the law is amended, it will give “official authority to the politicians to intervene” in the state university system. “If each party gets a chance to appoint the VC and the Pro-Vice-Chancellors or the education minister is himself an additional vice-chancellor, then they will get the opportunity to spread their ideology in young minds and the curriculum as well,” argued Athavale.

West Bengal: Universities in the ‘tussle’

The conflict between the state government and Governor over universities grew most fractious in West Bengal in 2019 and 2020.

In 2019, the West Bengal Government introduced the ‘West Bengal State Universities’ (Terms and Conditions of Service of the Vice-Chancellor and the Manner and Procedure of Official Communication) Rules, 2019, linked to the West Bengal Universities and Colleges (Administration and Regulation) Act, 2017. These curbed the power of the Governor by abolishing the Chancellors' secretariat, minimising the Chancellor’s role in choosing vice-chancellors, also took away the power to convene meetings of the highest body of the universities or take action against VCs.

Alok Ghosh, vice president, All Bengal University Teachers Association states, “The rules were introduced despite the provisions in the University Act 2017 which stated that without the Governor’s signature or Governor consent, no order can be passed. But all the notices or orders of the state universities were passed without the Governor's signature. There have been instances in the state universities where VCs weren't allowed to make any direct contact with the Governor. Practically, today all the universities and colleges are running without any reference to the governor of West Bengal, though constitutionally he is still the Chancellor of the state-run universities across the state. He is just representing the position without any powers.”

The Jadavpur University Teachers’ Association has been demanding that the Chancellor not be a government functionary at all but a respectable academic. "This was demanded because everyone in power wants to control the universities. The Governor of West Bengal was playing an interventionist role than any governor before," said Nilanjana Gupta, former secretary of the association.

But clearly, teachers in West Bengal feel as ambivalent about the shift in powers as their counterparts in Maharashtra.

Jadavpur University, West Bengal (Source: Official Website) The conflict was thrown into relief again in 2020 when the majority of West Bengal vice-chancellors did not show up for a meeting with Dhankar, called to discuss issues students were facing due to the COVID-19 pandemic.

“The only way to secure the state universities is by ensuring neight the state government nor the Governor intervene. Universities should function autonomously. The main issue is the politicization of academic institutions in general and the political tussle between state governments and Governors is a result of this. Teachers have no representation in any of the bodies, and administration and curriculum are getting politicised,” explained Gupta.

In 2020, Odisha amended the state university law to change the way academics are appointed. Under the amended law, academics will be appointed through the State Public Service Commission and the composition of the selection committee for recommending names to the Chancellor (Governor) for vice-chancellors was also changed. This also shifted some of the VCs’ powers, including their role in appointing teachers, to the Public Service Commission. Members of the Odisha University Teachers’ Association and the University Grants Commission challenged it in the Odisha High Court the same year arguing the amendments were in violation of UGC norms.

It is not so much the curbing of the Governor’s power but that of the VCs’ that has irked teachers. Kunja Bihari Panda, president, Utkal University Teachers’ Association and convenor of Joint Action Committee formed by all the state universities of Odisha, said: “The case was filed against the intervention of the state government on the appointment of teachers and VC. The earlier system was the best way to run the university and there was no point in changing the act. We see that the VC has no role to play and everything is done through the orders of the state government. The state universities don't have any kind of autonomy.”

In May 2021, months before the reappointment of the Kannur University VC caused controversy, Kerala government amended its University Act to reduce the Governor’s power in making appointments to the University Appellate Tribunal, and transfer powers to the state government.

Then, the Kerala government recommended reappointing Gopinath Ravindran as the vice-chancellor of Kannur University in November 2021. Governor Arif Mohammad Khan approved the appointment but against his “better judgement” as a Chancellor, reported Indian Express. 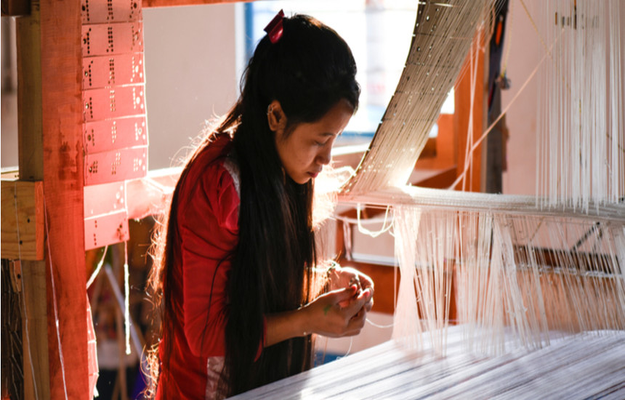