President Kovind hopes India would be discrimination-free by 2047 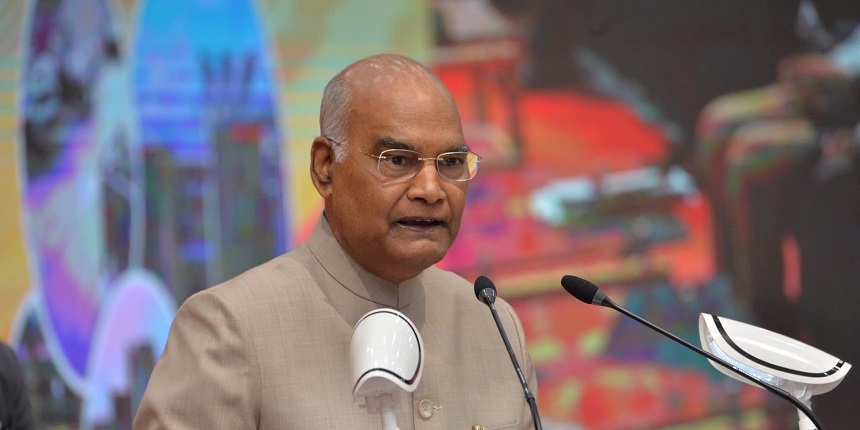 LUCKNOW: President Ram Nath Kovind on Thursday said he hoped that India would be free of discrimination and a developed nation by 2047 when it celebrates the centenary of independence.

While speaking at the convocation of Babasaheb Bhimrao Ambedkar University here, the President asked youths to become job creators and not job seekers. "Today half of the country's population is below 25 years of age…when in 2047, we celebrate centenary of independence, you youths will be leading the country," he said. "I hope by 2047, India is discrimination free and a developed country by efforts of your (present) generation. In future India, we must have imbibed justice, equality and brotherhood in our personal and social life," he added.

He asked youths to start working with "full determination” for making India "samtamulak" (egalitarian) and strong. Quoting Babasaheb Ambedkar, Kovind said if an educated person does not come forward for welfare of the society then education has no meaning. Now "our daughters are giving more fame to the country than our sons", he said.

Governor Anandiben Patel and Chief Minister Yogi Adityanath were also present on the occasion. On the occasion 1,424 students were given graduation, post graduation, PhD and MPhil degrees and gold medals were awarded to six of them. Earlier, the President laid foundation stone of Savitri Bai Phule hostel in the university.