UGC Guidelines: Exams in the midst of COVID-19 is 'akin to murder' 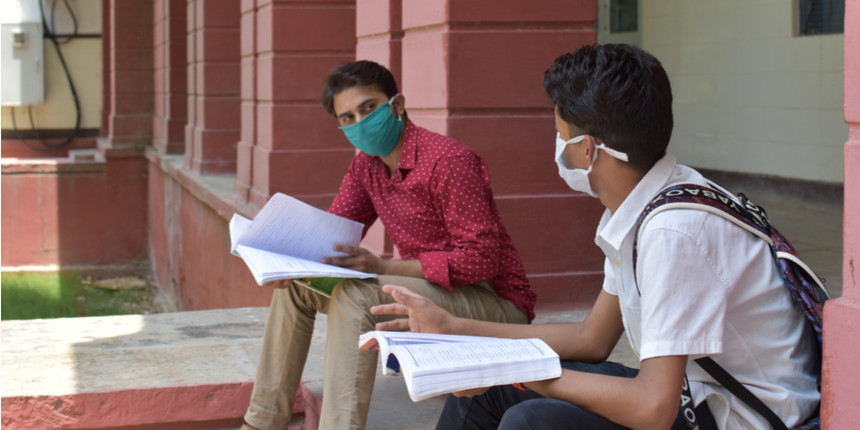 NEW DELHI: The University Grants Commission issued its much-awaited revised guidelines on conducting end-semester exams late on Monday and instantly incensed thousands of students who were hoping for a cancellation.

As per the new guidelines, the universities can take till September to hold examinations for final-year students and they can be in pen-and-paper, online or “blended” – a combination of online and offline – mode.

This irked Delhi University students in particular as they have been protesting against DU’s plan of holding online open-book exams for weeks and the mock-tests conducted to get them used to it led to chaos and panic.

Right before the UGC guidelines were released, the Ministry of Home Affairs also released an official notice allowing the universities to hold exams.

Soon after the announcement of the UGC’s revised guidelines, students expressed their anger and disappointment on social media. Even the next morning, the hashtags #UGCGuidelines, #StudentsLivesMatter and #Cancel_Exam2020 were trending on Twitter.

"I think, his “jyotish” confirms that, pandemic will over within September," quipped one student on Twitter.

I think, his “jyotish” confirms that, pandemic will over within September..
🙂#StudentsLivesMatters#Cancel_Exam2020 pic.twitter.com/r1KyGBLKHV

Taking exams from final year students. Is this the decision by @DrRPNishank or he is been advised by some JYOTISH VIGYANI to do so??? An educated minister will never take that decision by own what i think is...@ugc_india #ugc_cancel_exam #Cancel_Exam2020

"Taking exams for all universities and institutions at this time is akin to murder," said another, referring to the growing cases of COVID-19 in the country and the fact that both notices came on the day India, with over seven lakh COVID-19 positive cases, unseated Russia as the country with the third most number of cases.

Ab saara foundation bhul gaye ji? Taking exams for all universities and institutions at this time is akin to murder. You all aren't prepared for what you are doing. #UGCGuidelines #FirstParliamentThenExams https://t.co/NHUbfOid3N

Congratulations, @ugc_india
& @BSKoshyari are going to conduct a planned mass murder by conducting #Exams in September 2020. This mass murder will not only affect you but your family too.
🙃🙃🙃🙃🙃🙃🙃🙃🙃🙃🙃🙃#Cancel_Exam2020 pic.twitter.com/Ml4oiRkGpk

If you want to kill us, shoot us directly.Why you have to torture us like this!!!
Living with depression and anxiety has become our daily life.Thanks to you both.#Cancel_Exam2020#UGCGuidelines @ugc_india @DrRPNishank pic.twitter.com/7eHCTP2RPO

So far, six states have cancelled the end-semester exams. Several universities and eminent educational institutes, including Indian Institutes of Technology (IITs) have also cancelled or postponed the exams considering the severity of the coronavirus outbreak in the country.

When the human resource development minister, Ramesh Pokhriyal ‘Nishank’, announced toward the end of June that he had asked the UGC to “revisit” its April guidelines on exams and the academic calendar, many teachers and student bodies took it to mean a cancellation was imminent. However, the opposite decision followed.

Soon after the announcement of the UGC’s revised guidelines, students expressed their anger and disappointment on social media.

"A tight slap to every student for trusting @ugc_india and government that they will prioritise our safety!" wrote a student refereeing to Pokhriyal’s promise that the UGC would revise the guidelines keeping in mind the students’ health and safety.

Another wrote: “Senseless Decision by @ugc_india and senselessly backed by @HRDMinistry. None of the issues of students is actually being addressed.”

Delhi University Teachers Association, or DUTA, has also “condemned” the new guidelines as it jeopardises the health of lakhs of students by conducting exams amid the pandemic.

DUTA has been demanding the cancellation of the online open-book exam, or OBE, scheduled to commence from July 10.

UGC gets clean chit from MHA to not give relief, which is what we were already hearing from many reporters.Clear nexus between DU-MHRD-UGC!
Shame on the Govt that doesn't care for its youth! OBE as business is more important!@DrRPNishank@ugc_india#ScrapOBE#DuAgainstOnlineExam pic.twitter.com/kUMux4JR3L

The National Students Union of India intends to burn the MHA order on exams at its office today and the left-leaning groups, Students’ Federation of India and All India Students’ Association, have all issued statements against the decision.

It is very unfortunate to see the attitude of Government towards students. Turning blind to 7lakh+ cases and pushing students towards danger is seriously not acceptable. Sick mentality of @BJP4India government needs some urgent care.#UGCGuidelines

The day India gets to the 3rd position in the total number of COVID cases in the world, @ugc_india, @HRDMinistry decides to bring out notification for holding final exams for terminal Students at the cost of their lives!#UGCGuidelines
UGC must cancel exams!#ugc_cancel_exam