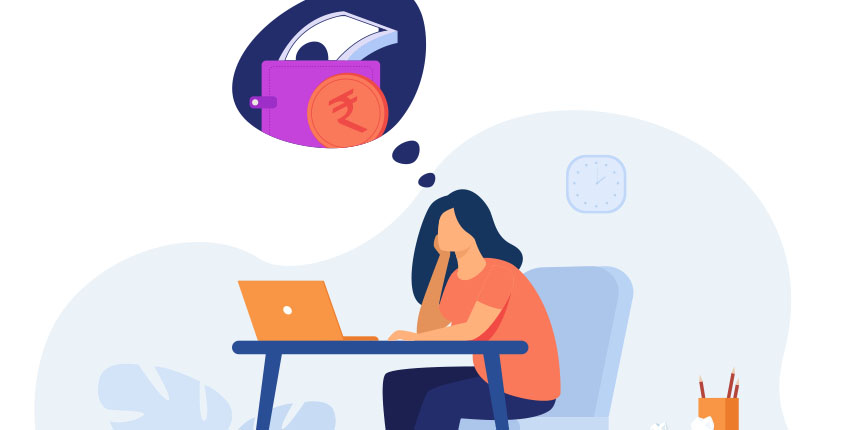 NEW DELHI: I am studying B.Tech in electronics and communication engineering at International Institute of Information Technology (IIIT), Bhubaneswar and yet was drawn by the marketing sector in the third year of my college.

While every great leader or successful person has described their “hardships” while going through a career change, let me draw a clearer picture of what “hardships” really are.

I decided to kick-start my marketing career with an Online Google Marketing Challenge as I have known from the begining the ordeal I will face trying to fill my résumé. We successfully completed the challenge and emerged as the top marketer positions. We also got offers as interns from a non-profit organization - it was the cherry on the top! And then we came to know that it was an unpaid internship.

Desperate for an internship

It was the least of my concerns at that time because I was desperately in search of an internship which could give me a push into the marketing sector, and it being a very nice opportunity, I couldn’t resist.

After working for a few days, I really started questioning my choice. Even though the work hours were very less and the work was always according to our comfort, it always felt like I am not being rewarded the same way I deserve to be with the work I do. Because appreciation sometimes is not enough, I feel.

I had to spend three-four hours a week on the internet for the work plus the weekly meetings for progress checkup. They were all charged from my pocket, with internet bills skyrocketing already owing to online classes. It has quite drained me as well, as I had to remain dependent on my parents, even when I was interning with a company.

I had no mentor

There was this one time that I had to deal with the verification process of their official Facebook page. But they had managed the page through an anonymous account and hence it was really difficult to get through the verification process and I had to manage it all by myself. When I had found the way and presented it, instead of letting me handle the whole process, they decided to do the rest of the thing by themselves. It was the first setback that I had to face and I felt like I wasn’t capable of impressing them with my work.

I felt an absence of new learning; it was rather a workspace where I implemented what I had already learnt. These doubts, though minor, went unanswered and bugged me constantly. I had to turn to my seniors in college for the help required or to learn new things that was to be implemented on a project, in the absence of any solid mentor. Our project manager was always helpful with a lot of stuff, but I failed to receive the proper mentorship in my field. That was a setback for me.

I once read in a blog on LinkedIn that “Internship without stipend is exploitation” but I truly didn’t felt like that. Rather the only thing which kept me in discomfort was a lack of mentorship sometimes and the feeling of being an “outsider” as we were “unpaid” interns.

It was only after receiving the offer letter that we came to realize that it was an unpaid internship, so there was a small disheartening moment for sure. But I believe I have helped them in every way possible and did work that required a considerable amount of effort. The internship had finally come to an end and the experience was good, but I feel like I can have a more pleasant opportunity in the future.

But I also want to clarify that every opportunity you seek or get does not necessarily reflect an expectation of a reward. Sometimes we just have to do things that come with a heavy price but help push us toward our own success. I am definitely content with the opportunity right now, as it is an international setup and definitely going to help build my résumé.

So in my opinion, as long as the opportunity is great and you feel that it is doing you good in long run, take it up without worrying about “paid” and “unpaid” tags. Because experience and knowledge are always priceless and the greatest achievements out of any job, big or small.