Kashmiri students studying in Pakistan not allowed to return, no reason given

Kashmiri students of engineering, medicine in Pakistani colleges haven’t been allowed to return to their classes. The students alleged they were stopped by immigration officials. 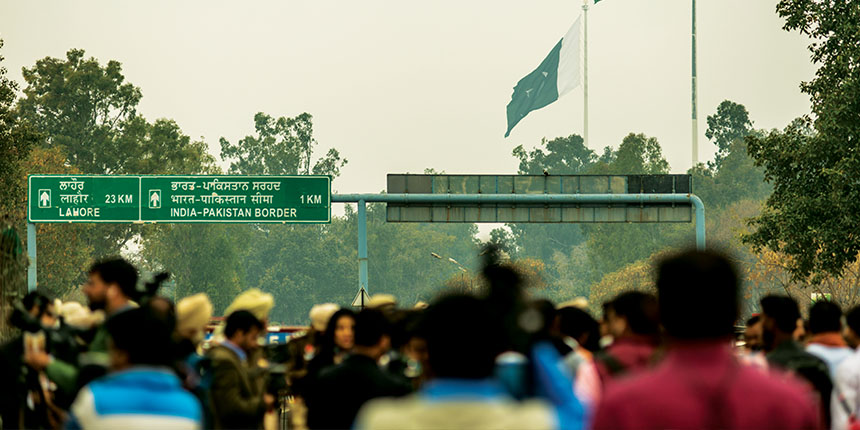 NEW DELHI: On March 17, 2021, around 300 Kashmiris waited at the Attari border for a bus to Pakistan. Among them were around 80 students returning to Pakistan to continue their studies, as the COVID-19 pandemic appeared to abate and borders and educational institutions started opening again. As the initial buses carrying Pakistani nationals and Indians from other states departed, the Kashmiris were asked to wait for the next bus which never arrived, students said.

Even after months of waiting to return to classes, those students are still stuck in India, denied permission to leave India for Pakistan. They still have no clue why they are not being allowed to go.

Also Read | For this Afghan student, all hopes pinned on an ICCR scholarship

Most of these students come from lower-middle class Kashmiri families and for them, studying in Pakistan is a cheap alternative to other popular destinations for medical and engineering degrees.

Now, many have failed to appear for their final exams and are still unsure about their return. Even as these students worry about their futures, the authorities concerned have offered no answers. According to students, this is the first time any batch of students has faced such difficulties.

“We were asked to wait for the next bus and we waited for more than an hour. Then we asked the officials again, they asked us to wait till 4 pm. No buses came. We protested at the border, which was also covered by the media, so they said they’ll resolve the issue,” said a student describing what happened in March. “But later, they said that rules have changed and students will not be allowed to go. If the rules had changed then why did they ask us to wait? Also, they never told us what exactly the rules were.”

Students then tried to travel by air to Pakistan as other people had done so. However, they were stopped by immigration authorities.

“We tried going to Lahore by air, but the authorities stopped us again saying that we required a no-objection certificate (NOC) from the ministry of education for engineering students and another one from the National Medical Council for the medical students,” said a student.

Also Read: ‘For the Taliban, I’m the enemy’: Afghan students of Indian universities

Some students then tried going to Lahore via Dubai. However, the immigration department stopped them again.

“They asked us the purpose for visiting Pakistan. We told them that we were studying there. Then the immigration authorities took our passports and asked us to wait. They later said that it would be difficult for us to go,” said another student.

Students alleged that the authorities neither specified the rules nor entertained their request to show them the guidelines or where to find them.

“We have missed our final-year exams. Losing four years is not easy for someone from a middle-class family,” said the student.

Students said that the primary reason for opting to study in Pakistan is financial. According to them, an undergraduate medical degree costs just Rs. 2.5 lakh there. Plus, Kashmir is inhospitable for many reasons.

“As you know, the situation in Kashmir is not conducive. There were incidents in 2008, 2010, 2013, 2016 and recently in 2019. Its economy is largely dependent on tourism. If something happens, everything shuts down for months,” said Danish Lone, national secretary of Jammu and Kashmir Students Association which has been actively involved in resolving issues of Kashmiri students within and outside Kashmir.

Also Read | NEET 2021: Why resident doctors, MBBS interns across the country are protesting

Students said that when the statehood for Jammu and Kashmir was revoked in 2019 tourism came to a standstill as the state went into a complete lockdown for more than a year. A majority had to live off the meagre savings they had from the previous tourism season.

“If people had the finances they would have opted to study at a different college in a different country. If they knew there would be a problem, they wouldn’t go,” Lone said.

Students said that Kashmiris are aware of the problems that might arise for someone studying in Pakistan. But for them, there is no other option.

“It is not easy for a student to study in Pakistan. Just to come back home they have to plan a month before, send an application to the Indian embassy in Pakistan, which then sends it to the home ministry for verification, then they send an approval back to the embassy and then only the embassy will give permission to the students,” said Lone. “They know all the hoops they must jump through. But when the fees are so low they have to take that risk.”

Four months on, the students are yet to receive a response from any authority in India about their return. They said that they have personally met many officials in Kashmir to take up their case, but so far there has been no response.

“The government is playing with the careers of these students. It’s not like they are going there to do a one-year course that they can think, “Okay, I have lost a year”. Six years are precious,” said Lone.

Also Read: Sci-Hub’s legal representation in India a first for the platform: Founder

“As an organisation, we have escalated multiple issues of Kashmiri students and have received appropriate responses from the authorities. This is the first time that we are not receiving any answer from anyone,” said Lone.

“They are alienating students at the last moment. We don’t want to compromise national security. If it has something to do with national security then don’t allow students to go from now on, but at least let the students who have gone finish their last year of studies,” said Lone.

“One official even told us that the National Investigative Agency has filed a case. Now, I don’t know if that is true or not – maybe he said that just to scare us – but if there is a case, why hasn’t anyone approached us? We are not saying that such people do not exist, but don’t ruin the careers of hundreds of students for one person,” a student said.

Careers on the line

The students also claimed that around 200 students who just got admission in colleges in Pakistan were, however, let through by immigration authorities from the Delhi airport.

“Those students were also from Jammu and Kashmir. Next year, they will also face the same issues. If studying in Pakistan will cause issues similar to what we are facing then, why not stop them now?” asked a student.

Some of these issues are not new. In August 2020, the National Medical Commission (NMC) announced that MBBS degrees from Pakistan Occupied Kashmir (PoK) will not be recognised in India.

“Many of the students have already migrated from PoK to other colleges in Pakistan to avoid trouble. The government should not come up with such abrupt decisions, they should consider these students,” said Lone.

There are multiple NMC-recognised colleges in Pakistan, however, none in PoK. Students said that most head to other countries to work after graduating.

“Most students just look for opportunities in Saudi Arabia or Kuwait or similar countries,” said a student. “Coming back to Kashmir to practice medicine is not ideal. Things can shut down at any time. Moreover, there aren’t many opportunities there.”

Afghan students studying in Punjab worried about families back home