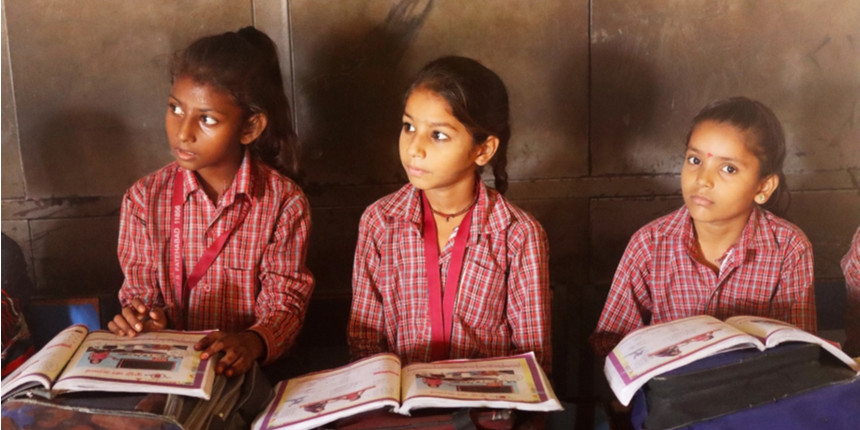 NEW DELHI: To make up for the loss of teaching time due to COVID-19, several state boards are reducing the syllabus for the academic year 2020-21.

The Council for the Indian School Certificate Examinations (CISCE) was the first to announce a revised curriculum for Class 9 to 12, followed by the Central Board of Secondary Education (CBSE) which announced the new syllabus on Tuesday.

So far, the state education boards of Gujarat, Goa, Uttar Pradesh and Rajasthan have announced or indicated they will reduce the exam syllabus, ostensibly to help students cope with studies amid the coronavirus outbreak.

A day after CBSE’s announcement, the Gujarat Government directed the state board to reduce the syllabus for the higher secondary students.

“Instructions have been passed on to the board (GHSHEB) to work on reducing the syllabus for these classes. Suggestions from subject experts will be sought after which there will be a decision on what has to be retained and what needs to be dropped”, Bhupendrasinh Chudasama, Gujarat’s education minister, told The Indian Express.

Following suit, the Goa Board of Secondary and Higher Secondary Examination or GBSHSE is mulling over slashing the syllabus for Class 10 and 12. The Principal’s Forum and the Goa Headmasters Association will be consulted to decide the new syllabus, Press Trust of India reported.

The new academic session in Goa was scheduled to commence in June but was postponed due to the prevailing circumstance.

UP board revised syllabus

Meanwhile, pending an official order, 10 percent of the syllabus will be docked for Classes 5 to 12 in schools affiliated to Uttar Pradesh board as well. According to Times of India, the new curriculum will focus on project work and self-study.

“Now that a major part of the school year has shifted online, we are taking four steps - reducing the syllabus, making part of a course entirely project-based, including a self-study module and a fourth part that will be taught online, Neeraj Pandey, district inspector of schools told TOI.

The education minister of Rajasthan, Govind Singh Dotasra announced the decision through his official twitter handle on Thursday. The final order and details of the syllabus are yet to be declared.

On July 3, the CICSE released its “significantly shortened” syllabus for all major subjects at the ICSE ISC level.

“Syllabus reduction has been done, keeping in mind the linear progression across the classes, while ensuring that the core concepts related to the subject are retained,” the official ICSE statement said.

On Tuesday, the CBSE also announced a “rationalised” syllabus for Class 9 to 12. To make up for the academic loss, the curriculum was reduced by 30%.

The new syllabus, soon after its announcement, invited heavy criticism for dropping “core concepts” despite assurances from the Union education minister.

CBSE later released a statement explaining the “rationale” behind removing certain topics. The CBSE secretary said the topics deleted will be covered in the alternative academic calendar issued by the NCERT. The HRD Minister, Ramesh Pokhriyal ‘Nishank’, too, explained the decision on social media.

Schools across the country have been shut down since March. In a majority of schools, classes have been shifted to online mode. The new syllabus will also be taught in online mode.