Supreme Court on November 18 had allowed the Uttar Pradesh government to fill up vacancies of 69,000 assistant basic teachers 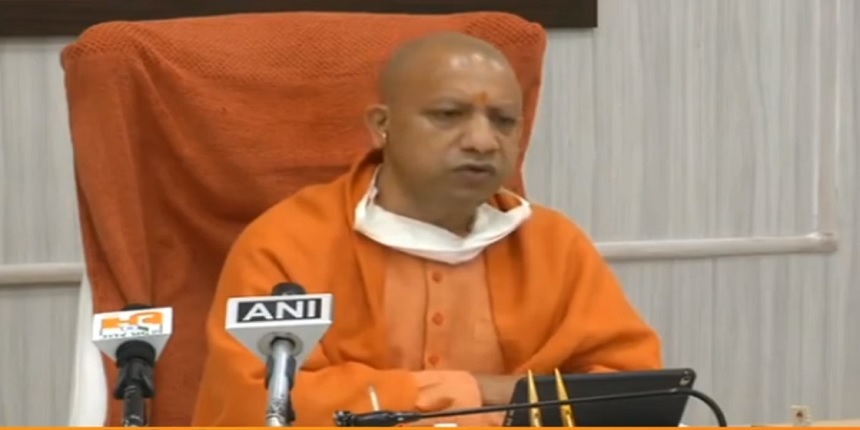 LUCKNOW: The appointment of assistant basic teachers was done in a transparent manner, and though some challenged it, the courts put their seal of approval on the Uttar Pradesh government’s stand that the recruitment process was "good" and necessary, Chief Minister Yogi Adityanath said on Saturday.

Interacting with newly appointed assistant basic teachers through video conference, the chief minister also said that teachers should do their work with full devotion. He distributed appointment letters to 36,590 teachers during the online interaction.

"We decided to remove the stigma that there is (financial) transaction in the selection process and discrimination in the name of appointment. But you have seen that this time, there was no discrimination, and everything was as per the merit. We did not distribute the appointment letters in a secret manner. We focussed on merit," he said.

The chief minister also told the newly appointed teachers that when the entire world was battling COVID-19, the state government was fighting for them in courts. The Supreme Court on November 18 had allowed the Uttar Pradesh government to fill up vacancies of 69,000 assistant basic teachers in the state as per results declared by it in May.

A bench headed by Justice U U Lalit dismissed a batch of petitions including the one filed by the Uttar Pradesh Prathmik Shiksha Mitra Association challenging the Allahabad High Court's decision to uphold the cut off marks for selection of assistant basic teachers in the state.

Duing the virtual interaction Adityanath also said, "Children should get the benefits of your (teacher's) degrees. The tradition of knowledge should never stop. A teacher should continuously try to learn about new things... If any person tries to confine knowledge within a narrow limit, then he or she can never become an able teacher. The ambit of knowledge is huge."

He also said that students should not feel afraid of teachers, rather they should be excited to go to schools. Adityanath said that if teachers do their work with full devotion, then there will be a complete makeover of schools of the Basic Education Council. On November 18, the Supreme Court, in its judgement, had also said it has recorded the submission of the state government that a 'Shiksha Mitra' who has been unable to crack the test, would be given another chance to compete in the next selection.

The top court said it will be open to the state to give another chance to 'Shiksha Mitra' to compete for selection as assistant basic teachers. The association had challenged the state government's order of January 7, 2019, by which the qualifying marks for the Assistant Teacher Recruitment Examination 2019 were fixed at 65 and 60 for general and reserved categories respectively.