‘21st century is for biology’: Why many engineers build careers in life sciences

NEW DELHI: Dhananjaya Dendukuri, founder of Achira Labs, a Bengaluru-based startup, studied chemical engineering at Indian Institute of Technology (IIT) Madras and the University of Toronto. He earned his PhD from the Massachusetts Institute of Technology (MIT). He is a juror for the Infosys Prize for Engineering and Computer Science this year. His own research involved making “colloidal particles in fluids” that can detect “anomalies” in blood, including bacteria and viruses. “Today, most engineering students end up doing research which has some relation to life science,” Dendukuri told Careers360. Edited excerpts below.

Q. As a child what did you aspire to be?

A. I am from Hyderabad. My mother was a university professor, who herself was into research and I come from a family where academics and research are very important. That had an impact on me while growing up. I had a good, well-rounded education. I had excellent teachers as well. At IIT Madras, again, I met some excellent faculty. I had a liking for chemistry so I chose chemical engineering as my undergraduate subject. At Toronto University and MIT, too, I had excellent mentors. You can say my strong interest in scientific research happened in those institutions.

Q. Where does your research find practical application?

A. By synthesising the colloidal particles in large numbers and also functionalizing them by putting inside them different chemical molecules, we make them sensors for tomorrow. In a futuristic world, if the particles are injected into a patient on tiny robots which can float inside the human body, can pick up unwanted things in one’s blood to make them glow, they will be able to sense the glucose level in the blood. If you want to build very small autonomous objects, you need ways to engineer and fabricate them on a very small scale. Building those kinds of sensors is one area; doing different kinds of point-of-care tests of dengue or thyroid dysfunction can also be done through these microprocessors. They are also being used in tissue engineering, to make artificial organs. The organs have to be made with small micro-objects with a biocompatible material. My work was to come up with a method which would enable something like this.

We know that these days, artificial livers and artificial kidneys are being used by people to replace lab animals. Making a functional liver or a kidney may be just 10 to 15 years away. We are progressing in the right direction.

Q. You studied chemical engineering and your PhD was related to a technology which majorly has an application in healthcare.

A. I was doing my PhD at MIT in Boston which is a world-renowned engineering institution, and I got significantly influenced by my advisor. There was a general push towards a combination of life science and engineering when I was at MIT because the 21st century is the century for biology. So today, most engineering students end up doing research which has some relation to life science. Today, it is more interdisciplinary and most scientists today are doing interdisciplinary things.

Q. Did you always want to work in India?

A. I always wanted to return to India and I felt comfortable here. So, I came back to India after completing my PhD. I worked in a startup and then formed my own company, Achira Labs. Achira focuses on building point-of-care diagnostics. We are a pioneer in the field of microfluidics [science which controls and manipulates the behaviour of small amounts of fluids] technology. We have technical expertise in this area which is using the micro-technologies to create the sensors that I talked about. We focus on building tools for sensing technologies.

Q. Do you involve students in your work at Achira?

A. Yes absolutely, we have tied up with MAHE Manipal Academy of Higher Education, and we have interns coming to complete their internships. We also have tie-ups with IIT Madras, IIT Kanpur, IIT Delhi, and IIT Bombay. We encourage students to participate in research. They spend anywhere between four months to six months with us

We know that these days, artificial livers and artificial kidneys are being used by people to replace lab animals. Making a functional liver or a kidney may be just 10 to 15 years away. We are progressing in the right direction

The 21st century is the century for biology. So today, most engineering students end up doing research which has some relation to life science. Today, it is more interdisciplinary and most scientists today are doing interdisciplinary things. 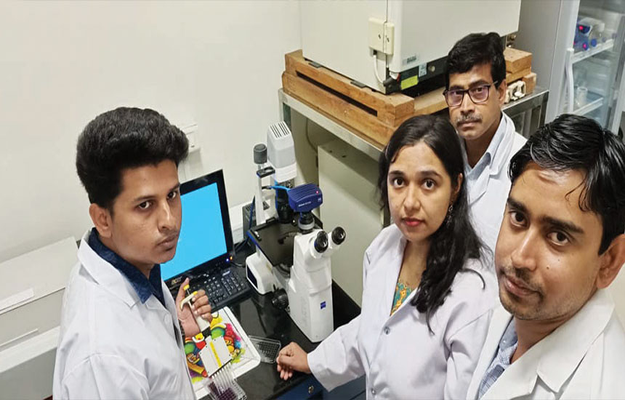