SSC 2021: Revised exam calendar to be released in first week of July

The Staff Selection Commission has announced that they would release the revised SSC 2021 exam calendar in the first week of July. 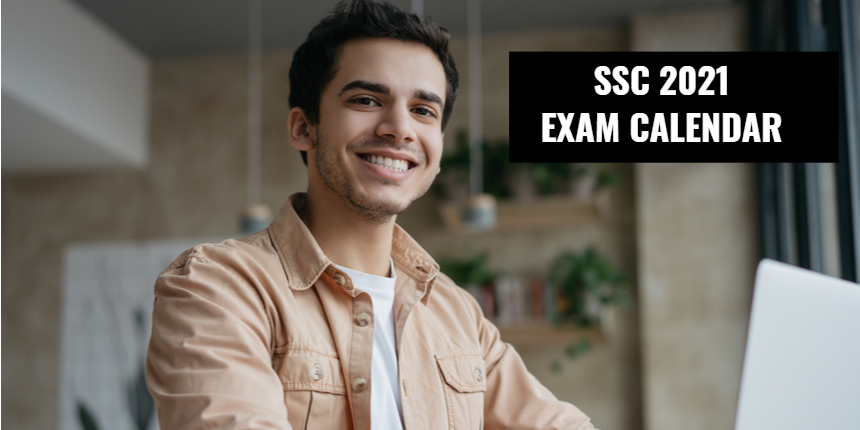 NEW DELHI: The Staff Selection Commission (SSC) took to Twitter to announce that they will release the revised SSC 2021 exam calendar in the first week of July. Most of the SSC exams had been postponed due to the second wave of COVID-19.

Earlier, the SSC CHSL exam, which was being held from April 12 to April 27, 2021 had to be stopped mid-way because of coronavirus pandemic. SSC had said that they would announce the new dates after reviewing the situation. Also, the SSC GD 2021 notification which was supposed to be announced in March had been delayed due to COVID 19. Meanwhile, SSC MTS 2021 exam, which was to begin from July 1 also stands deferred.

SSC to announce new calendar in first week of July

SSC Exam Calendar will be released in the first week of July.

The SSC CHSL exam is conducted for recruitment to different government jobs such as Lower Divisional Clerk (LDC), Junior Secretariat Assistant (JSA), Data Entry Operator (DEO) and Sorting Assistant (SA), Postal Assistant (PA). There are three tiers for the SSC CHSL 2021 exam. In the first stage, candidates have to appear in a computer-based test; in the second stage, applicants will have to take a descriptive test which is held in offline mode; and the third stage includes a typing test of 15 minutes duration and it is of qualifying nature.

SSC MTS or Staff Selection Commission-Multi Tasking (Non-Technical) Staff Examination is conducted for recruitment of candidates in General Central Service Group-C non-gazetted, non-ministerial posts in various ministries, departments and offices of the Government of India. Recently, the SSC had issued a notice announcing the postponement of the exam. SSC MTS exam comprises two papers. Paper 1 is of 90 minutes and is held in online mode, while paper 2 is of 30 minutes.

The SSC GD constable exam is conducted for recruitment of candidates for the post of Constable (General Duty) and Rifleman (General Duty) in the following forces:

For Assam Rifles, candidates are recruited for the post of rifleman.

How an Indian engineer became famous for his photographs of outer space
Atul Krishna | Oct 14, 2021
More From Richa Kapoor