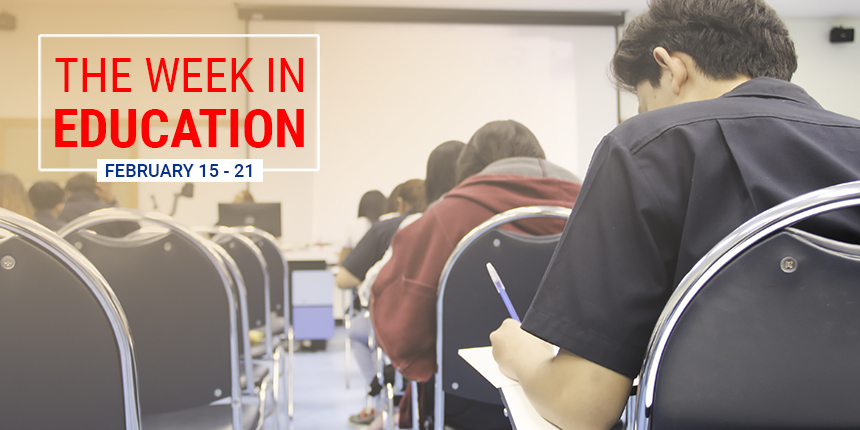 NEW DELHI: This week, the Supreme Court adjourned hearings in a case on extra attempts at JEE Advanced 2021 and the ministry of education announced that the ‘pariksha pe charcha 2021’ with prime minister Narendra Modi will be held in March. Delhi's director of education Udit Rai invited controversy after a video surfaced in which he was seen telling students at a government school to "fill answer sheets with anything" during exams.

Haryana announced that special schools will be set up for physically-challenged students and Uttar Pradesh has decided to review textbooks of Classes 1 to 8 for content “suited to the culture and environment”.

Meanwhile, schools reopened in the states of Gujarat, Chhattisgarh and Sikkim.

The Supreme Court of India this week adjourned the plea requesting an extra attempt in the JEE Advanced 2021 exam. The petition was filed by a group of candidates who exhausted their last attempt in Joint Entrance Examination (JEE) Advanced 2020. They argued that the hardship caused by the COVID-19 pandemic led them to perform poorly in JEE Advanced.

The University Grants Commission (UGC) has asked universities to encourage students to participate in the upcoming national level competition for increasing awareness about indigenous cows among students and the general public, “Kamdhenu Gau Vigyan Prachar-Prasar Examination” will be held on February 25 by the Rashtriya Kamdhenu Aayog (RKA).

Assam Chief Minister Sarbananda Sonowal this week laid the foundation of a skill university in Darrang district, aimed at imparting training to over 10,000 students in 12 disciplines. The university is expected to be completed by 2026.

The Allahabad High Court stopped the Lucknow University from finalising the selection of 180 assistant professors for time being for its various departments while allowing it to continue the selection process. The Lucknow bench of the High Court issued an interim stay on a plea by an aspiring applicant for the post of assistant professor in the Anthropology Department, who had questioned the rationale behind reserving seats in various departments, treating the entire varsity as one body for providing reservation.

Karnataka government has announced it will convert 5,500 classrooms of government colleges into smart classrooms in the next six months. The exercise is part of promoting digital learning in higher education, said the Deputy Chief Minister of the state Dr C N Ashwath Narayan.

Delhi's director of education Udit Rai stoked controversy after a video surfaced on social media in which he is purportedly asking students at a government school to "fill answer sheets with anything" during exams but not leave them blank.

The Bihar School Examination Board(BSEB), Patna, cancelled the BSEB Class 10 social science exam held on February 19 as the question paper was found to have leaked. The cancelled examination will be re-conducted for more than 8 lakh students on March 8.

The education minister Ramesh Pokhriyal ‘Nishank’ announced the start of the registration process to participate in ‘pariksha pe charcha 2021’. Students of Classes 9 to 12 can start applying from February 18 to March 14.

Haryana Education Minister Kanwar Pal announced that special schools will be opened for physically challenged children in the state.

The Gujarat Government announced reopening of schools for students of Classes 6 to 8 from February 18. Attendance is not compulsory for students and online classes will continue.

The Chhattisgarh Government has resumed schools for students of Classes 9 to 12 i from February 15.

The Sikkim Government will provide self-defence training for girl students of Classes 6 to10 in all government schools, an official said. Schools in Sikkim reopened on Monday for pre-primary and primary students after a gap of 11 months.

The Uttar Pradesh Government has decided to review the textbooks of Classes 1 to 8 for “readability” and for content “suited to the culture and environment”.

The Delhi Government announced that it will release a total of Rs 54.9 lakh to schools under the Samagra Shiksha Abhiyan (SSA) for “sanitisation” and “”self defence training. Under the SSA, 610 schools will receive Rs 9,000 each for this purpose. 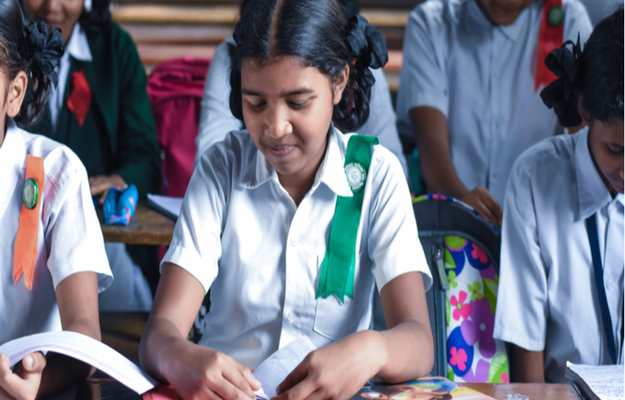