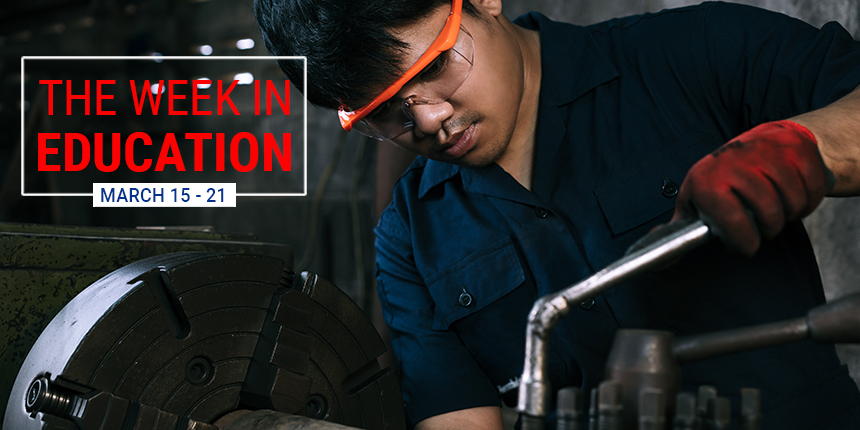 NEW DELHI: The week starting from March 15 has been significant for technical education. The second or March session of the engineering entrance exams, JEE Main 2021 was conducted and the result of the architecture and planning exams held in February was declared. The result for the Graduate Aptitude Test for Engineering (GATE 2021) was also declared. Then, the government technical education regulator, All India Council for Technical Education relaxed the eligibility criteria for admission to BTech programmes.

At least two universities -- one public and one private -- found themselves at the centre of controversy. Banaras Hindu University for a batch of proposed appointments and the private Ashoka University, for a pair of resignations.

Plus, the fresh surge of COVID-19 cases caused some states, including Punjab and Tamil Nadu, to again suspend school and college classes.

These were the most significant developments this week.

The All India Council for Technical Education (AICTE) released its approval handbook 2021-22 and it featured a major change for engineering aspirants. Studying physics or maths till Class 12 is no longer compulsory to be eligible for BTech programmes, new rules say. This was done to make technical education more accessible, said AICTE, but will not immediately affect either the JEE Main 2021 or the state common entrance tests or CETs.

The NTA also declared the result for Paper 2 of Joint Entrance Examination Main, or JEE Main 2021, February session. Paper 2 is conducted for admission to BArch and BPlanning courses. Two candidates scored in the 100 percentile.

In another comment on policy, the AICTE chairman said the individual regulators will be merged into one this year itself.

The University Grants Commission (UGC) further extended the deadline for submission of MPhil and PhD thesis by six months.

The Delhi Government announced it will release Rs 28.24 crore for salaries of the staff of Delhi University colleges funded by it. Arvind Kejriwal, the chief minister, said that in future, funds will be issued only based on the directions of the court on whether the funds, currently available under different heads, can be used for salaries or not.

Political scientist noted public intellectual and critic of the Narendra Modi government, Pratap Bhanu Mehta resigned from the private Ashoka University in Sonipat. This was quickly followed by the resignation of former chief economic adviser, Arvind Subramanian. Mehta’s resignation letter says his political opinion has resulted in his being considered a “political liability” for the university. Students and staff protested, compelling the embarrassed university administration to hold a “town hall” meeting but Mehta isn’t coming back.

After news of a proposal to appoint Nita Ambani, founder of Reliance Foundation, as a visiting professor caused a furore, Banaras Hindu University (BHU) administration said that “no official decision was taken” on the appointment. BHU students staged protests against the alleged proposal.

Delhi's own school education board, Delhi Board of Secondary Education (DBSE) has been registered and an official notification detailing its modalities is expected soon

Over 42,000 government schools across the country do not have drinking water facilities, while more than 15,000 schools have no toilets, Union Education Minister Ramesh Pokhriyal 'Nishank' told the Parliament.

The Central Board of Secondary Education allowed students writing the Class 10 and Class 12 board exams to request for change of CBSE 2021 board exam centre for both practical and theory papers due to COVID-19. It also allowed schools to hold CBSE practical exams in three shifts in place of two to allow for social distancing.

The Tamil Nadu Government announced closure of schools for Classes 9, 10 and 11 from March 22 due to a sudden surge in coronavirus cases over the last few days. However, they would continue to function for the Class 12 students for they have to take the board examination.

The Karnataka Government said it plans to start the next academic year for schools from July 15, subject to the COVID-19 situation.

Schools in Noida and Greater Noida cannot increase fees in the academic year 2021-22 owing to the COVID-19 pandemic situation, according to a Gautam Buddh Nagar district administration order.

The Bihar Government said that it will look into the issue of private schools charging tuition fees during the COVID-19 pandemic and take appropriate action. 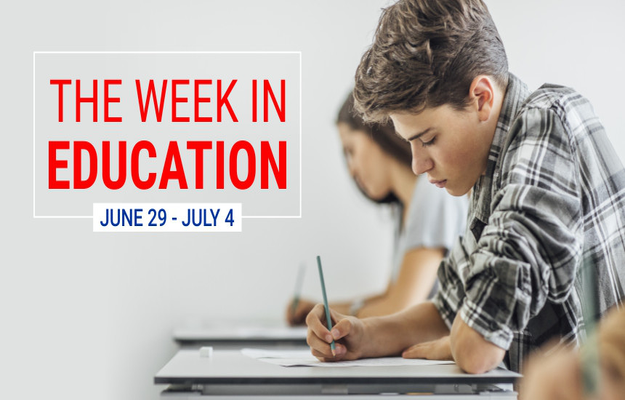