Prof Arun C Mehta points out that the rise in GER could at least in part be attributed to the decline in total population of children. Also, 6.34 million children left private schools. 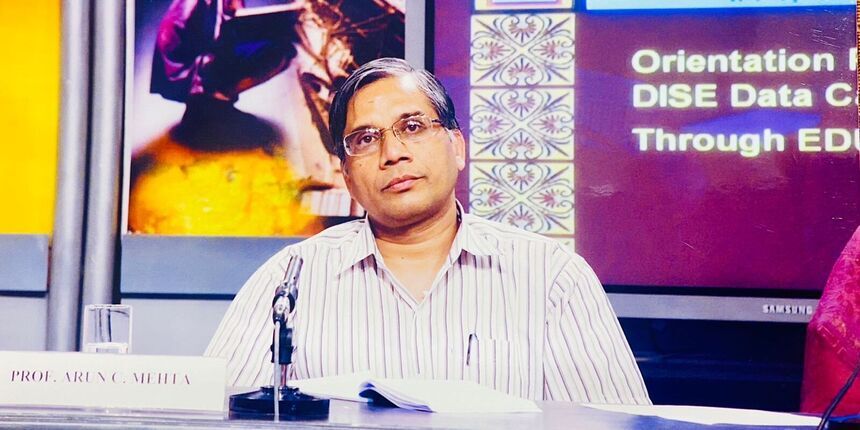 The data collected by the Unified District Information System for Education till September 30, 2021 was released by the education ministry’s department of school education and literacy on November 3, 2022. The report briefly presents analysis of school education at the all-India level and state-specific statements for all states and union territories. The database, now called UDISE+, is being managed by the ministry from 2018-19, and the present report is the third in the series. From 1994-95 to 2017-18, UDISE was managed and nurtured by the National Institute of Educational Planning and Administration (NIEPA) in New Delhi. It is hoped that the ministry will resume the publication series that came with each year’s dataset, from 2005-06 to 2017-18.

Once, the delay in the collation and publication of educational statistics was of a year at the national level, and it seems to have increased. However, the 2021-22 data has taken less time than UDISE+ 2020-21. Since the reporting for UDISE+ is supposedly completely online, it should have come earlier still. Also, the UDISE+ data is yet to be real-time as the latest report contains data that was valid in September 2021.

Here are some quick observations on the UDISE Plus report for 2021-22.

Like UDISE+ 2019-20 and 2020-21, UDISE+ 2021-22 enrolment indicators are based on child population provided by the July 2020 Report of the Technical Group on Population Projections, National Commission on Population, ministry of health and family welfare which are considered official projections.

On the statistics tables, here are a few key observations.

UDISE+ 2021-22 is silent on the number of schools covered and starts its analysis directly on enrolment. However, in the section on the impact of the pandemic, it casually throws in this line: “The decline in total schools is mainly due to closure of schools under private and other management." However, the report doesn’t mention that the number of government schools has declined by 9,663 which is 0.94% of the total government schools in the previous year.

The number of schools covered under UDISE+ 2019-20 had declined by 43,292 schools (-2.8%) but no explanation is presented in UDISE+ Report on the reasons for this. Is the decline due to the merger of schools?

While still with NIEPA, UDISE 2017-18 covered 15,58,903 schools. This has dropped to 14,89,115 schools. This indicates that about five of every 100 schools covered in 2017-18 are not covered in 2021-22. The ministry should furnish reasons for this steep decline in schools, the criteria used and whether norms of distance set through the Right to Education Act (RTE Act) were followed.

School enrolment in India has never been free from limitations which is also true for UDISE+ data, especially from 2018-19. However, this year there has been a justification for the enrolment shift from private to government management which is largely attributed to Covid-19.

Both in the absolute (5.64 million) and percentage (6.40 percent) terms, the year 2021-22 has seen a steep decline in enrolment under private unaided management, which is higher than their share in decline in the total number of unaided schools covered under UDISE+ 2021-22.

Despite the decline in the number of government schools, enrolment has increased by a whopping 8.1 million. In addition, enrolment under aided management has also increased by 0.20 million. Other managements have shown a decline of 0.70 million in enrolment.

Together, unaided and other management schools show a decline of 6.34 million in enrolment against a total increase of 8.27 million under government and aided managements. Even if we assume that all those who left private schools joined public ones, there is still an unexplained gap of around 1.63 million.

Even though the total enrolment in Classes 1 to 12 in 2021-22 shows an overall increase of 1.94 million, data disaggregated by levels shows that enrolment declined marginally at the primary level.

Further, the decline in secondary enrolment is to the tune of 478 thousand (-1.22%), for which a decline in transition rate from elementary to secondary level of education could be a reason.

UDISE+ 2021-22 presents a variety of enrolment ratios, all of which suggest that barring the primary level, the goal of universal school enrolment is still a distant dream. At other levels of school education, universalization is challenging to achieve by 2030 as envisaged in NEP 2020. For example, UDISE+ 2021-22 indicates that about 57.6% of children of 16-to-17 years are not enrolled in the corresponding level of education; about 27.2% of 14-15 year-olds are not enrolled in the secondary level. Further, about 3.5% of children of aged six-13 years are unenrolled, which needs immediate attention.

Adjusted net enrolment ratio at the primary level is reported to be 99.1%, indicating that only 0.9% children aged six-11 years are not enrolled.

It is hoped that the UDISE+ portal will present enrolment indices at the disaggregated levels, such as block and district levels, and due attention will be given while formulating the school education Annual Work Plan and Budget under the ongoing SamagraShikshaAbhiyan.The improvement visible in the enrolment ratio (adjusted-NER), especially at secondary and higher secondary levels, is marginal. In fact, irrespective of the level of education, the NER declined in 2021-22 over 2020-21,which is despite a decline in the child population. The ministry’s highlighting an improved GER in the press release for the 2021-22 data presents only the half story.

It may also be important to observe that because of changes in the school structure, a set of new indicators will be required for each of the phases of education.

Indicators through which the efficiency of an education system is judged have been presented both at the all-India and state levels. Attaining 100% NER is a necessary condition, but to achieve universal enrolment, children must be retained. There has been a steep decline in the average annual dropout rate in recent years but in 2021-22, it has again increased at both primary and upper primary levels.

The UIDSE+ authorities may like to switch over to the previous methodology and, in the future, must compute and present flow rates based on common schools. In addition, they must re-compute the numbers for the years 2018-19 to 2021-22 so that they can be used in planning and budgeting. Or, the UDISE+ authorities, must highlight the benefit of considering all schools instead of common schools. It is a wonder how targets on dropout, transition, and retention rates are currently being set and how the implementing authorities monitor the progress and take corrective measures.

Arun C Mehta is former professor and head of the EMIS department at NIEPA, New Delhi. 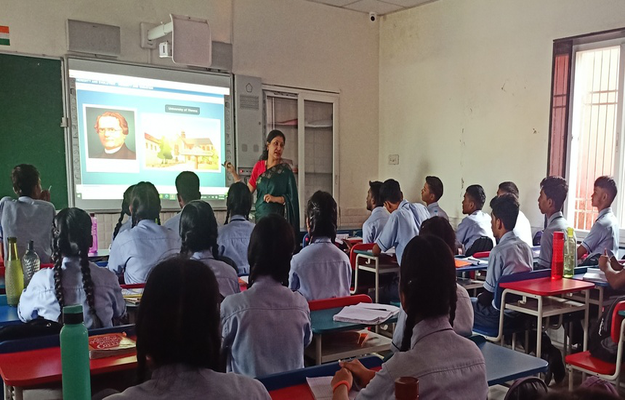