Apart from the announcement of JEE Advanced 2021 and CLAT dates, the first week of 2021 also saw the reopening of schools and colleges in many states. 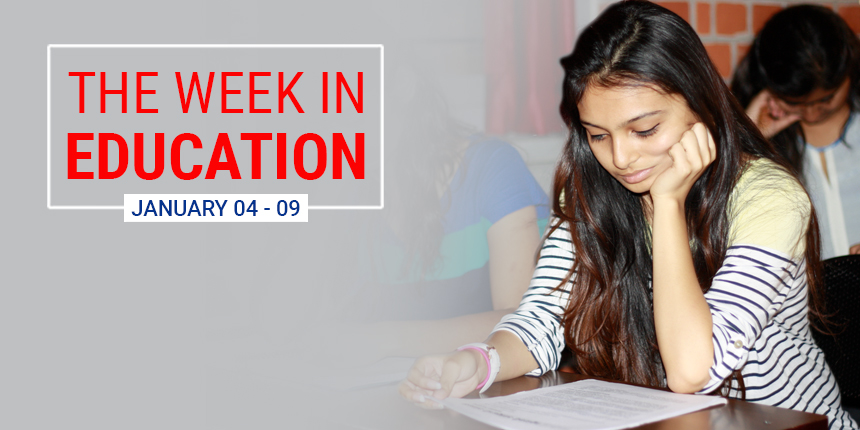 NEW DELHI: The Union Minister of Education, Ramesh Pokhriyal ‘Nishank’, this week announced the date of Joint Entrance Examination (JEE) Advanced 2021 for admission to the Indian Institutes of Technology (IITs). JEE Advanced 2021 will be held on July 3. To avoid a clash with the Central Board of Secondary Education (CBSE) exams 2021, the Consortium of National Law Universities has rescheduled the CLAT 2021, to June 13. Many states reopened schools and colleges this week after they were shut for nine months due to the COVID-19 pandemic.

These were the important developments in education in the past week.

JEE Advanced 2021 will be conducted by Indian Institute of Technology (IIT) Kharagpur and top 2,50,000 JEE Main 2021 rank holders will be eligible for IIT admissions.

The Consortium of National Law University this week rescheduled the Common Law Admission Test (CLAT) 2021, to June 13. The decision was taken to avoid the clash with the Central Board of Secondary Education (CBSE) Board examinations. CLAT 2021 was earlier scheduled to be conducted on May 9. The Education Minister, Ramesh Pokhriyal, had announced earlier that the CBSE board exams will start from May 4 onwards.

In the first week of January 2021, many of the states reopened their schools and colleges following COVID-19 protocols. The educational institutions have largely remained closed since March last year when the country was placed under lockdown. However, at some of the places teachers and students were tested positive for the virus and corrective measures were taken immediately.

This week, schools in Punjab reopened for students of Classes 5 to 12, allowing children to return to classrooms after months of online learning, while government schools in Haryana were re-opened from December 21.

In Arunachal Pradesh reopened this week for students of Classes 8, 9 and 11, however, residential schools and hostels will remain closed for now. Classes for students of 10 and 12 had already resumed from November 16, 2020.

In Nasik district of Maharashtra, schools were reopened for students studying in Classes 9 to 12 even as 62 teachers tested positive for COVID-19 before resuming duties. Out of the 1,324 schools in rural Nashik and city limits, as many as 846 started classes for 9 to 12. Schools for Classes 9 and 10 in Aurangabad district also opened this week, even as two teachers have tested positive for coronavirus.

As per the government instructions, states like Maharashtra and Kerala have started the shift system in many institutions where only 50 per cent of students are allowed in each class.

In Kerala, over 1,350 higher education institutions welcomed a limited number of students in compliance with strict COVID-19 protocols. Classes restarted for the final year undergraduate and postgraduate students, as per the shift system.

All schools in Puducherry re-opened this week for half-a-day from 10 AM to 1 PM. Students in Classes 10-12 have been attending classes from December 17 in view of the public exams in the next few months. Full-day classes would begin from January 18.

Meanwhile, states like Tamil Nadu is yet to take the decision, as state school education and youth welfare minister K A Sengottaiyan said that a decision on reopening schools would be taken by the chief minister after obtaining suggestions from parents and students.

The Bar Council of India (BCI) has abolished the one-year post-graduation course in law or LL.M. As per the revised notification released by the council, it is mandatory for law students to complete LLB degree (three-year LLB or five-year LLB) for pursuing LLM course, which will be of two-year duration. The council has also announced that a Post Graduate Common Entrance Test in Law will be conducted for admission to LLM courses offered by the universities and colleges.

The University of Delhi (DU) is planning to ‘slowly and carefully’ allow final year students back to classes. The decision was taken after two meetings held by the dean of students welfare attended by principals and heads of department of various colleges affiliated to Delhi University.

The Indian Institute of Management (IIM) Bodh Gaya has announced the launch of the five-year integrated programme in management, or IPM 2021. After IIM Indore and IIM Rohtak, the institute will be the third to start an undergraduate programme in the upcoming academic session.

The new batch will have the intake capacity of 50 students and additional ten supernumerary seats for women candidates.