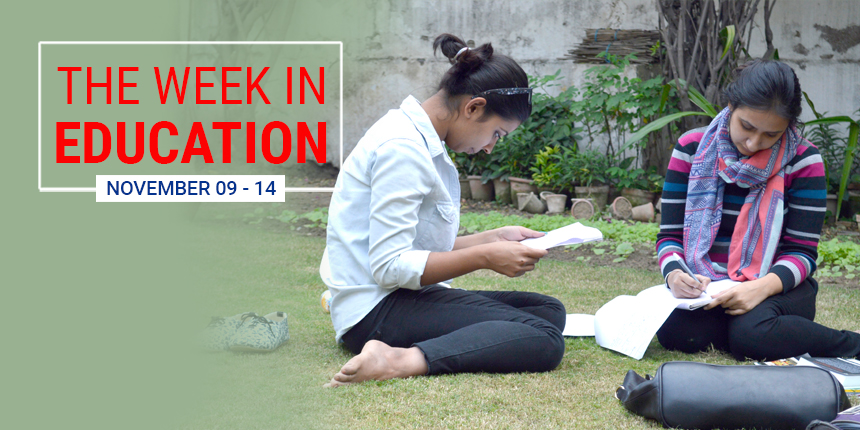 NEW DELHI: As winter is slowly settling in the northern and eastern parts of the country, medical experts and researchers are warning about the COVID-19 outbreak worsening. The state and central governments have also been cautious about reopening of schools and higher educational institutions.

Some states have prepared SOPs based on the health ministry’s guidelines, however others have either postponed reopening or have closed again after reopening. Barely four months after the last set of results were declared, board exams are back in discussion.

These were the most important developments in education this week.

Schools reopening or not

This week Himachal Pradesh shut educational institutions, including all schools, for a fortnight after a spurt in COVID-19 cases in the state. A “special vacation” was announced for government and private institutions from November 11 to 25.

Days after seeking the views of parents, Tamil Nadu Government on Thursday reversed its move to reopen schools from November 16 for Classes 9-12 and said they shall continue to remain closed.

Jammu and Kashmir board exams for Classes 10 and 12 began in Kashmir on November 11. These are conducted by the Jammu and Kashmir Board of Secondary Education (JKBOSE). According to a PTI report, 1,06,465 students -- comprising 74,465 from the Valley and 32,000 from Jammu winter zones -- are expected to appear for the examinations. As many as 58,514 candidates are appearing in the Class 12 examinations.

The West Bengal government has also decided not to hold selection tests for students scheduled to write Class 10 and 12 board exams next year, chief minister Mamata Banerjee said on Wednesday.

The Congress-ruled Puducherry on Thursday rolled out a free breakfast scheme for school students named after the late DMK president M Karunanidhi, saying it was a "fitting tribute" to his efforts to ensure states' rights. Karunanidhi was a former chief minister of neighbouring Tamil Nadu. To start with, the scheme will cover about 106 schools since not all of them are open owing to the COVID-19 pandemic.

The University Grants Commission (UGC) has announced that it will disburse the pending amounts to Junior Research Fellows (JRF) and Senior Research Fellows (SRF) within a week. As per the UGC, the disbursal was delayed due to technical issues which have been resolved. The backlog in disbursals will also be cleared.

The Puducherry administration has commenced a probe into the allegation of fake nativity certificates submitted by candidates from outside Puducherry for admission to MBBS under the quota for the Union Territory. The Department of Revenue has asked the Jawaharlal Institute of Postgraduate Medical Education and Research (JIPMER) to furnish copies of certificates of all the provisionally selected candidates under the quota for Puducherry residents.

The Karnataka government announced that it has formulated Standard Operating Procedures for reopening degree, engineering and diploma colleges from November 17 after a nearly eight months. The SOPs have been formulated as per UGC guidelines and have separate advisories for first, second and final year students, as per which classes would be held.

Delhi Government sanctioned Rs 20 crore for four Delhi University colleges under it. The funds were sanctioned following a High Court order and after months of the fight between the state government and 12 state-funded DU colleges over pending salaries of teaching and non-teaching staff. The four colleges are Aditi Mahavidyalaya, Bhagini Nivedita College, Shaheed Sukhdev College of Business Studies and Dr. Bhim Rao Ambedkar College.

Uttarakhand Chief Minister Trivendra Singh Rawat launched free high-speed WiFi service for all government colleges and universities in the state. Rawat launched the service at a college in his constituency Doiwala. While launching the service Rawat said Uttarakhand is the first state in the country to provide free internet to all government colleges and universities.