Andhra Pradesh has been reforming school education through Covid-19 and at high cost. Teachers and educationists see it as misguided squandering. 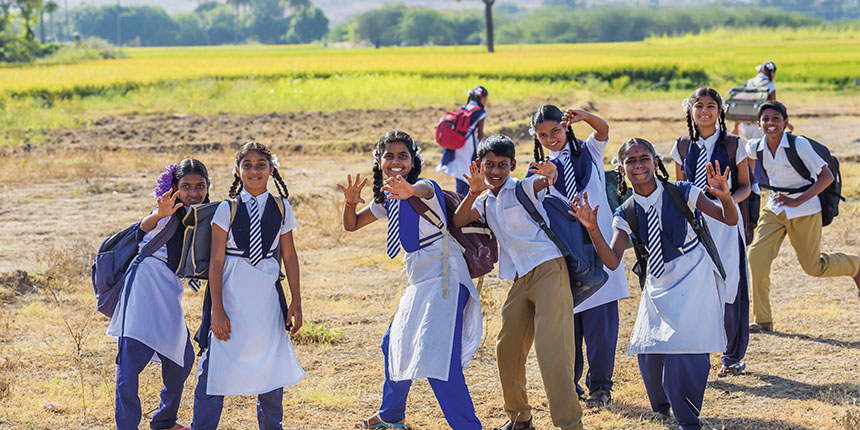 NEW DELHI: Over the two years of Covid-19, while schools closed and teaching suffered, the Andhra Pradesh government worked on education reform at a frenetic pace and high cost. Teachers and education activists in the state are not sure that was a good thing, despite the announcement of new schemes, the sprucing up of schools and increase in government school enrolment.

School education has been the main focus of the ruling YSR Congress party in Andhra Pradesh since it came to power in 2019. It launched the ‘Mana Badi: Nadu-Nedu’ (Our school, then and now), a broad-spectrum education reform programme, in 2019 and since then, the YS Jagan Mohan Reddy-led government has focused on spending on school education. It even introduced the Amma Vodi (Mother’s Lap) scheme through which all mothers will be given Rs 15,000 each year for educating their children. The governments of Haryana and Telangana sent special teams to study the impact of the schemes; Telangana adopted some of them.

However, activists and teachers in Andhra Pradesh don’t see big-impact education reform but a range of wrong-headed schemes, introduced without “homework” and unlikely to actually improve learning. Critical resources – for example, teachers and their training facilities – are still missing and drawing little attention; the school merger plan promoted by the union government has been readily-embraced but may put the poorest, most marginalised children at a disadvantage. That these changes have come with the devastation of the Covid-19 pandemic has activists worried.

“The government is not conducting any survey. During the pandemic, students completely forgot their education. You have to attract them to come back to school. It might take nearly two years. But instead, they are hurriedly introducing NEP [National Education Policy 2020]. Of course, they are spending huge amounts on the allocation. But the homework has not been done,” said Naravas Prakasa Rao, RTE Forum Southern States Steering Committee.

Reddy’s first education misadventure was the attempt at a wholesale shift to English-medium. The state’s teachers and educators across the country reacted with incredulity.

“There is no foundation course, they are straightaway trying to convert schools into English-medium. Even the teachers don’t have expertise as they have only taught in Telugu,” said Kommu Ramanamurthy, state convenor of Andhra Pradesh RTE Forum. The move was opposed first in AP courts and is now sub-judice at the Supreme Court.

Undeterred, Reddy has now announced that all schools are to be shifted from the state board to the Central Board of Secondary Education (CBSE) for exams.

There is confusion over what this means for schools. “CBSE introduction is okay, but where is the preparation?” asked Narava Prakasa Rao. K Prakasa Rao, general secretary of Andhra Pradesh Primary Teachers Association, feels “CBSE is just a mode of examinations so it won’t be that much of a change” and that the syllabus the government introduces is what will matter. However, CBSE does have a syllabus for Classes 9 to 12 that all schools affiliated to it must follow.

Several more policy and scheme announcements came along the way – beautification of schools and their reorganisation, drawing volunteers and more. At the end of it, the success of any ambitious reform hinges on the availability of resources and teachers to execute them. There, AP has a problem.

However, according to multiple reports, Phase II work was stalled as many contractors refused to take up the work following non-payments. The government released Rs 302 crore for completed works in late February. Another Rs 300 crore is required for the ongoing Phase-1 work, the Press Trust of India reported.

Due to the hardship caused by Covid-19, government schools in all states have reported an increase in enrolment as parents move their children from fee-charging private schools to free government ones. This, combined with the buzz around public school in AP saw government school enrolment rise sharply.

The Annual Status of Education Report (ASER) 2021, found that the children enrolled in government schools in rural areas had risen nine percentage points, from 62% in 2018 to 71% in 2021.

Activists doubt schools can handle this increase. “There is a lot of rush to the government schools but the infrastructure has not been developed enough to accommodate all the children. No new schools have been constructed under Nadu-Nedu,” said Narava Prakasa Rao. “Each bench would be required to accommodate 10 to 15 children whereas it is meant for only four-five children.”

But the shortage felt most keenly is that of teachers. Ramanamurthy estimates there are around 60,000 to 80,000 teacher vacancies in government schools across Andhra Pradesh. To tide over, the government has promoted junior teachers to senior positions and resorted to drawing volunteers instead of filling vacancies with permanent staff.

“They have given promotions to elementary school teachers to high schools,” said Ramanamurthy. “They don’t have the capacity to teach the higher grades. Anganwadi workers are also being treated as teachers. They are not taking any teacher on a permanent basis.”

Then, through the Vidya Volunteer programme, the government recruits untrained graduates, provides them training and employs them on a contract. “For the last 15-20 years, there has been no recruitment of teachers. Only Telugu-medium volunteers are being recruited,” said Narava Prakasa Rao.

Teacher training is similarly neglected. “NEP proposes teacher training institutes attached to each university. But what is the reality? Where will the funds come from? Only if there are good teachers who are well-trained will NEP or any other system work,” said Rao.

Implementation of the NEP is itself a problem. States government by opposition parties –Kerala, Tamil Nadu, West Bengal – have opposed many aspects of it.

“No state government had dared to implement NEP as it is but the Andhra Pradesh government is over enthusiastic…The infrastructure is not available,” said Narava Prakasa Rao. “Kerala, Tamil Nadu, West Bengal are doing ground level work and is only implementing those policies that are acceptable to them.”

An NEP recommendation the AP government has embraced with enthusiasm is school rationalisation – the process of closing a school and moving the children and teachers to another one, ostensibly to make the utilisation of resources more efficient.

In a May 2021 order, the AP government announced that all schools will be sorted into three types of institutions – pre-primary, foundational schools (pre-primary to Class 2), and secondary schools (Class 3 to Class 12).

This implies that students in Classes 3 to 5 and attending primary schools will be shifted to the closest secondary school.

Teachers and education activists in the state argue this will be in violation of the Right to Education (RTE) Act 2009 which mandates a “neighbourhood school” system and a primary school within a kilometre of every habitation. They fear the move will raise dropout rates, especially among girls and tribal children.

“Children in faraway rural areas will stop coming to school. They have completely neglected RTE. This will only increase the number of dropouts,” said K Prakasa Rao.

“In some areas, students will have to walk more than three kilometres. The Government has said that they will provide transportation but the children will have to depend on infrequent buses. They will just stop going,” said Narava Prakasa Rao.

“In the Adivasi areas, there are small hamlets that are very far away from panchayats. It will be very difficult to merge schools there. Students will just stop going. In areas which it is feasible, they have already started merging,” said Ramanamurthy.

Schools that do remain, fear educationists, may be opened up to the control and influence of private parties.

Before the government restricted the Nadu-Nedu Phase 2 to just over 3,000 schools, it began soliciting national and international donations with the target of raising Rs 6,300 crores for school education. It has also taken a USD 250 million loan from the World Bank to fund the Supporting Andhra’s Learning Transformation (SALT) project, a programme to improve foundational learning in government schools.

Education activists have grave misgivings about these projects. “SALT is a major problem. Most schools may be converted into a public-private partnership (PPP) model,” said Ramanamurthy. He fears that the schools, now free, will begin charging fees if converted into PPP projects.

“When donating, the private organisations will put clauses for donations,” said Narava Prakasa Rao. “This only encourages the corporate sector. People who donate will have their own objective. They will not give money to the tribal schools or rural schools. Only rich folk will benefit from this.”

As Andhra Pradesh marshals funds from different sources to support its plans, on the ground, it is seen as misguided squandering and with disappointment. “Sure, there is commitment to spend,” said Rao, “but commitment should be based on reality.” 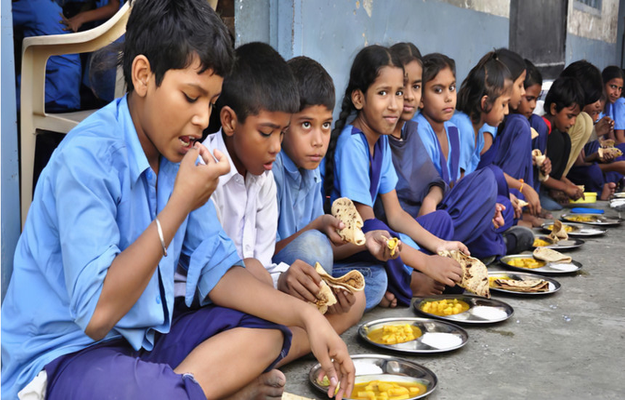